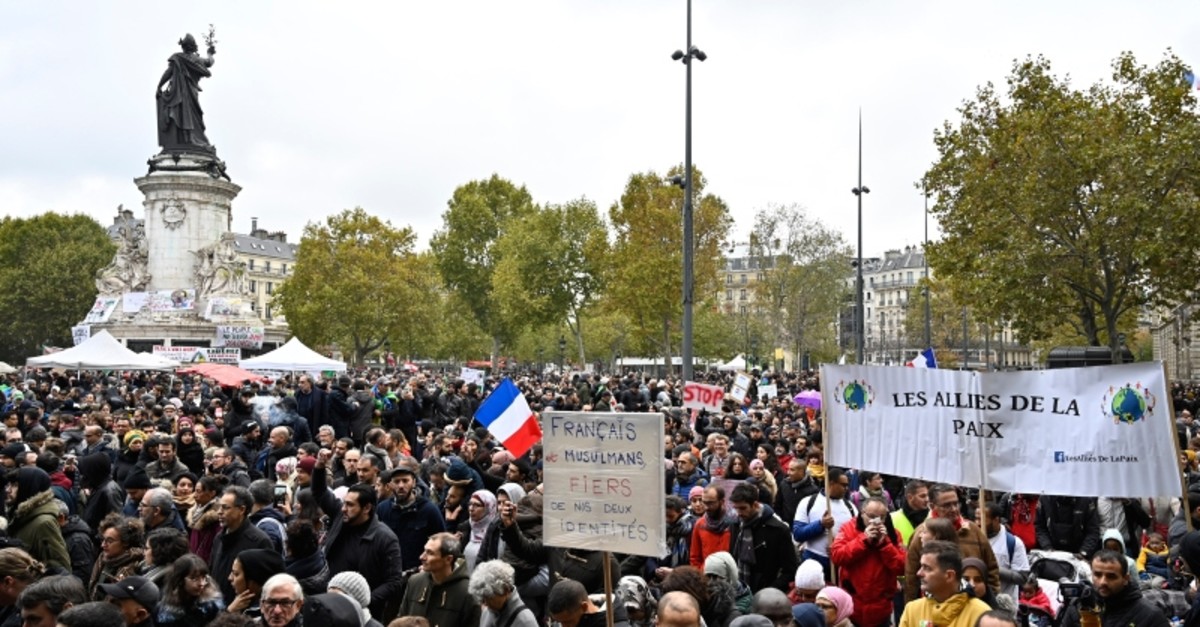 In Paris, the Collective against Islamophobia in France (CCIF) organized a march on Sunday to call a halt to discrimination and aggression against Muslims across the country.

The march comes just a couple of weeks after two people were seriously wounded during a shooting at a mosque by a far-right terrorist.

The attack further unsettled France, already engulfed in a sometimes bitter debate about the observance of Islam in the secular country.

Previously, a controversy erupted when a Muslim woman wore a headscarf during a school trip with her son and other children to the regional parliament in Bourgogne-Franche-Comte in eastern France.

Julien Odoul, a member of Marine Le Pen's National Rally (RN) party, caused widespread outrage when he posted on Twitter a video of him confronting the woman.

The CCIF said the woman would file a complaint with prosecutors in the city of Dijon over "violence of a racial nature committed... by persons with public authority."

A second complaint will also be filed in Paris for "incitement of racial hatred," CCIF said in a statement.

The woman's lawyer, Sana Ben Hadj, said her client had felt "humiliated" by the incident because images of her had been shared widely.

"It's not just a question of secularism, but of racism, trying to exclude Muslims from the Republic," the lawyer said.

"Without her, this school trip could not have taken place. There were no other parents who could make themselves available."

The row is the latest in France over face and body-covering garments which many perceive as "inappropriate" in a secular country while others argue the garments allow Muslim women to be active participants in French society.

President Emmanuel Macron also said Muslims should not be "stigmatized" and warned about making a "fatal shortcut" between Islam and the fight against terrorism.

The French state and church were officially separated by law in 1905 to give form to the concept of secularism rooted in the 1789 French Revolution. In 2004, the government prohibited the wearing of conspicuous religious symbols in public schools and banned the hijab – a headscarf that covers a woman's hair but leaves her face exposed – from classrooms and government offices.

The country with Europe's largest Muslim population is also deeply divided over the body-concealing "burkini" swimsuit, with opposition to the garment forcing the closure of some swimming pools earlier this year amid a heatwave.

Also this year, French sports retailer Decathlon was forced by public pressure to back down from a plan to sell a runner's hijab in France.