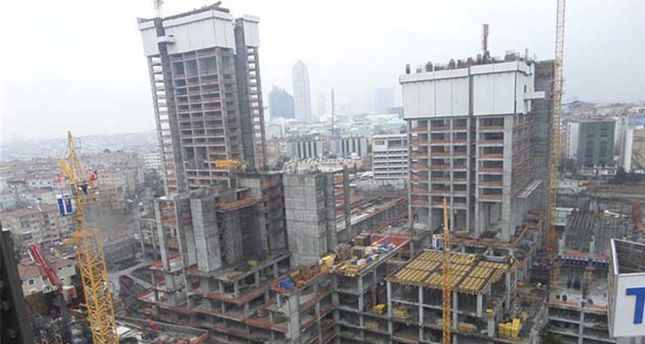 The trial of 25 defendants over the deaths of 10 workers in Istanbul's Mecidiyeköy district when an elevator at a construction site crashed in September, began on Monday at an Istanbul court.

The defendants face charges of causing the deaths through negligence. Prosecutors are seeking prison terms of up to 22 years for defendants, who mostly include mid-level managers of the construction company and the company providing elevator maintenance. Twenty-one defendants were released pending trial and the remaining four are still in custody.

The first hearing of the trial opened at an Istanbul courthouse amid relatives of the victims.

Representatives of several nongovernmental organizations and labor unions gathered in front of the courthouse ahead of the hearing and spoke with reporters. Güray Dağ, one of the lawyers for the victims' families, said the "real culprits" of the incident was not present at court, referring to the executives of the construction company who were released earlier.

Gülsüm Karacan, a lawyer for the family of İsmail Sarıtaş, who died in the accident, said company officials ignored problems and accidents in the elevator before the deadly crash, despite workers raising concerns and the company avoided to take measures "to complete construction on time," and this eventually led to the tragic deaths for the workers.

Ten workers were killed when a malfunctioning elevator crashed to the ground from the 32nd floor at the construction site on September 6.

The prosecutor also presented a report to the court drafted by seven experts probing the accident that blamed the construction company for negligence.

According to a report presented to the court by the prosecutor, experts could not determine who the employee in charge of elevator safety was at the time of the accident and noted that only three people were in charge of the elevator even though 16 personnel are required to be assigned under work safety regulations. Experts say that the company could not provide any documentation proving that the workers were trained in work safety.

The four suspects who remain in custody are employees of the elevator company and the foreman of the construction site. The company that provided the faulty elevator and maintenance and the construction company blamed each other for negligence following the accident.