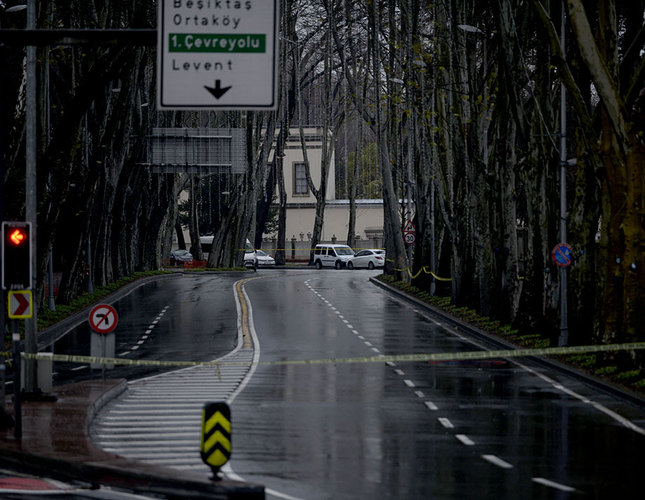 by AA Jan 01, 2015 12:00 am
Police have identified an armed suspect who threw a hand grenade at a police booth in front of the historic Dolmabahce Palace located just minutes away from Turkish prime minister's Istanbul office.

Police on Thursday named the suspect as Firat O., who also underwent a medical checkup after his detention.

Istanbul Security Director Selami Altinok said the suspect was in his 30's and had a previous criminal record. The suspect served time in jail between 2003 and 2006.

Police also said the suspect was believed to be a member of an outlawed organization. He was taken to the Istanbul police's anti-terrorism branch after the incident.

According to the Istanbul police department's version of events, the suspect approached the police booth and lobbed a hand grenade, which did not explode.

The suspect then allegedly tried to shoot at police officers using a pistol and rifle. But the police overpowered him when the attacker's gun misfired.

Later, a bomb disposal squad was called in to defuse two grenades used in the attack.