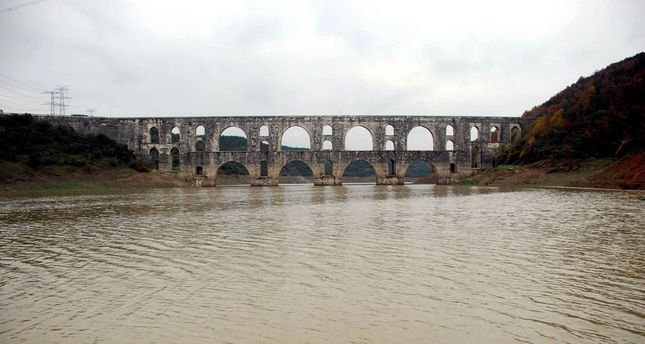 by Daily Sabah Jan 01, 2015 12:00 am
Water in Istanbul dams have reached the maximum level of 66.71 percent, the highest since the last four years as a result of fresh rains and snowfall in the city, Istanbul Waterworks Authority (ISKI) announced on Thursday.

The water level in the dams have increased 30 percent in comparison to the level in January 2014.