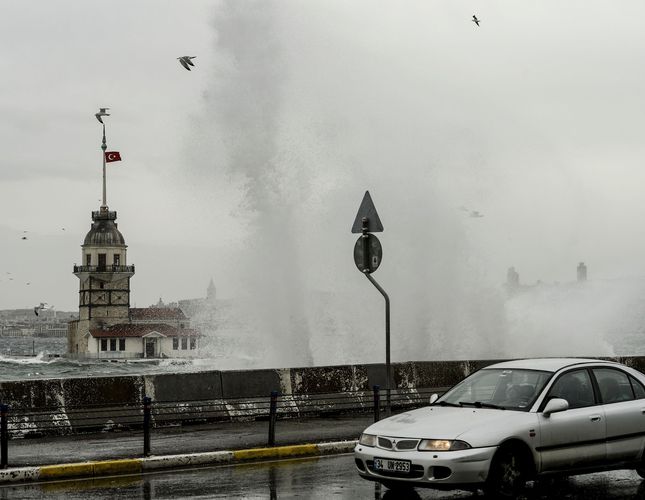 by Daily Sabah Feb 01, 2015 12:00 am
Dozens of flights and ferries were cancelled on Sunday as the southwestern storm continues to plague the Istanbul and Marmara region.

IDO and BUDO fast ferry lines which operate between Istanbul and Yalova, Mudanya and Bandırma in the Marmara Sea have been cancelled due to poor weather conditions.

Flights inbound and outbound to Istanbul's Atatürk International Airport were severely affected. Turkish Airlines, which uses Atatürk International as its main hub, have cancelled dozens of flights over the weekend and announced further cancellations on 65 domestic and 59 international flights. The airliners advise their passengers to check the condition of their flights before heading to airport.

High speed rail services between Istanbul and Ankara were also cancelled as trees fell over a segment of the line near the city of Bilecik and damaged high voltage transmission line. Around 300 passengers bound for Istanbul reported having to waited inside the train for hours until they were transferred by buses towards Istanbul.