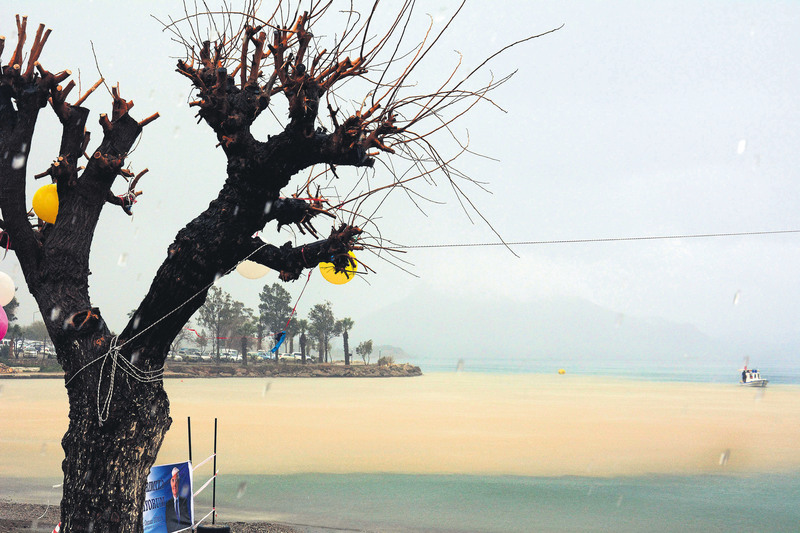 by Daily Sabah Mar 01, 2015 12:00 am
The meteorology department has warned that heavy rains, accompanied by slight drop in temperatures, are expected across the country this week. According to a statement released, there will be heavy rain starting this morning in parts of the northwestern Marmara region, followed by the rest of the country.

Snow is expected in the south, Adana and Hatay near the Syria border, and in the central regions. The department warned commuters against icing on the road and fog in the east. Temperatures are expected to drop between 2 to 4 degrees Celsius in the north and the central regions.

Meanwhile, rains in the Aegean region will continue. In the resort region of Muğla, last week's rains caused water channels and rivers to flow into the Aegean Sea, bringing mud in return. The color of the sea in the coastal regions around Datça turned light brown due to mudding.
Last Update: Mar 01, 2015 9:06 pm
RELATED TOPICS