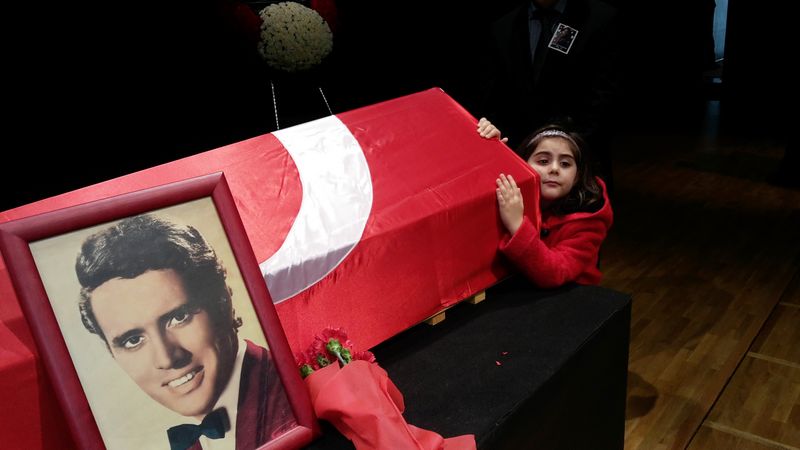 The rock star died on Thursday, aged 79, at his home in Istanbul. He was laid to rest in İstanbul's Zincirlikuyu Cemetery.

Police and hospital sources confirmed that Büyükburç passed away due to an unexpected heart attack.

During the funeral ceremony, condolences were expressed to his family. His close friends and artists gathered to bid farewell to the rock pioneer.

Büyükburç was a popular performer during the 1960s, introducing a new generation of Turkish listeners to rock and roll from the U.S.

He released his first album in 1975 and was a frequent actor and singer in Turkish movies. Related: Popstar Erol Büyükburç, known as Turkey's 'Elvis', found dead in Istanbul home
Last Update: Mar 15, 2015 10:24 am
RELATED TOPICS