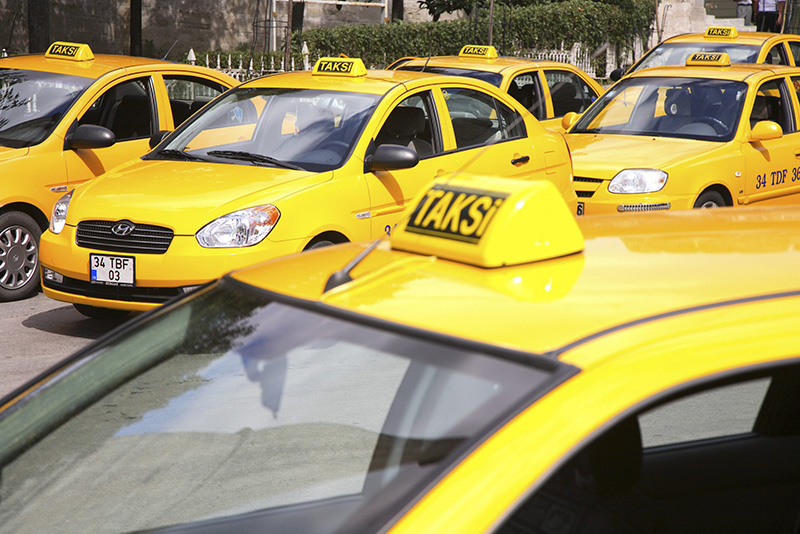 by Daily Sabah with Wires Mar 24, 2015 12:00 am
Istanbul Metropolitan Municipality Directorate of Transport Coordination (UKOME) has forbidden the sale of taxi license plates to those who are not taxi drivers - a regulation which became effective on March 12.

The new rule has been prompted by the recent trend of taxi license plates being traded like bonds. The license-market is so liquid that it is not much different from a stock exchange market, but this is expected to change with the new regulation.

According to UKOME's decision, those who want to buy a taxi license plate must now prove that they are a cab-driver by profession and that they undertake this work on a regular basis – a regulation which will strip the dominant investors in the license-market of their lucrative profits.

The license-market had been undermined by an off-the record trade market functioning behind it. Some of the official license-owners were selling these plates to investors, who then subleased them to taxi-drivers. However, there is a down-side to all this, as an anonymous license-owner explained to the television broadcaster NTV.

He explained that the license-owner sells the 'imaginary license plates' (a name given to those traded in the sublet market) to the investor, and the whole transaction is not officially binding. The investor in return gets a monthly-rent from whoever is driving the taxi, essentially an 'interest' for the lump-sum he paid for the license. But, when the investor wants to sell the 'imaginary license plate' back, he can acquire an amount much lower than its market-value, according to the anonymous license-owner, since the official owner has all the power.

The Director of the Chamber of Istanbul Taxi Drivers, Yahya Uğur, said such practices will come to an end with the Municipality's new regulation, stopping those who are not taxi drivers from buying licenses for their lucrative yields. "Imaginary license plates will no longer be traded as if stocks," he said.

"It [the buying of selling and buying licenses] is considered to be the best investment of all time, but we will stop this," he said. The new regulation will not create any problems for those who already have taxi license plates, according to Uğur.