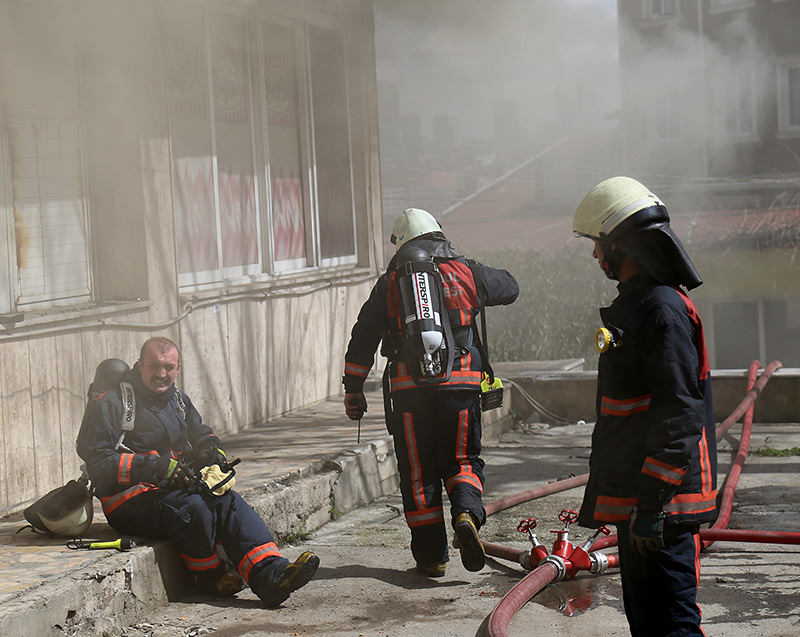 | AA Photo
by Daily Sabah with AA Apr 02, 2015 12:00 am
A fire broke out in a sausage factory in the Kağıthane district of Istanbul for an unknown reason on Thursday. Fire crew have managed to keep the fire under control.

Smoke immediately spread from the factory, and six people were reportedly stuck in the building. The fire crew were able to saved them without injury, according to Anadolu Agency.

The street in Kağıthane district, on which the factory is located, was also closed to traffic after the incident owing to large amounts of black smoke.
Last Update: Apr 02, 2015 5:59 pm
RELATED TOPICS