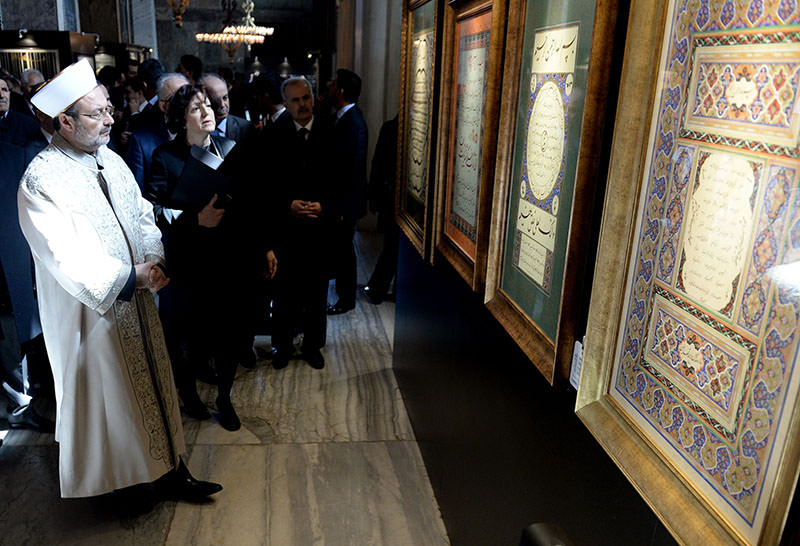 | AA Photo
by Daily Sabah with Agencies Apr 11, 2015 12:00 am
The historic Istanbul cathedral and museum, Hagia Sophia ('Ayasofya' in Turkish), witnessed its first Quran recitation under its roof after 85 years on Saturday.

The Religious Affairs Directorate launched the calligraphy exhibition "Love of Prophet Hagia Sophia," ('Aşk-ı Nebi' in Turkish) as part of commemorations of the birth of Islamic Prophet Muhammad. The calligraphic work runs until May 8.

The historic basilica served as a cathedral for almost thousand years since 1453, when it was turned into a mosque with the conquest of Istanbul in 1453. It was later secularized and converted into a museum in 1935.