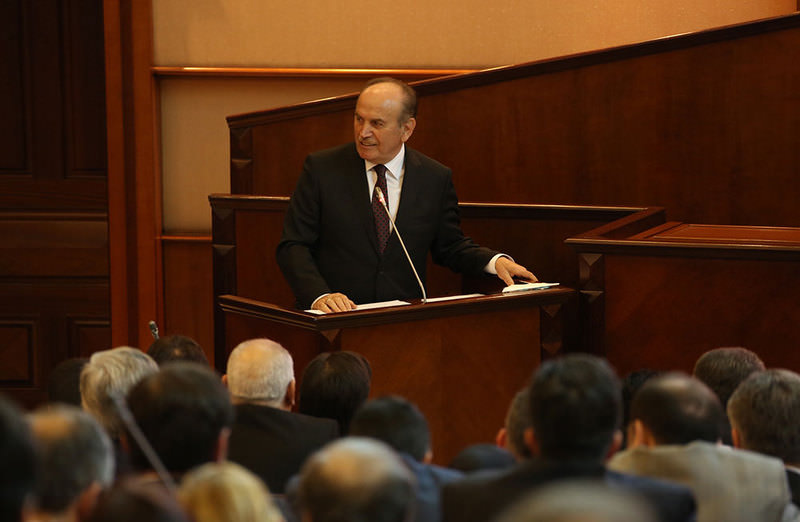 by Daily Sabah with AA Apr 18, 2015 12:00 am
Istanbul Mayor Kadir Topbaş announced that four new metro lines will be added to the city's existing network on Friday's city council meeting in which he also presented 2014's annual report.

Mayor Topbaş stated that the construction will begin shortly on Mecidiyeköy-Kabataş line, while bidding process will soon begin for Dudullu-Bostancı and Ataköy-İkitelli lines. He added that construction of the Bakırköy-Bağcılar Kirazlı line being carried out by the Ministry of Transport will begin soon.

Four of the total ten ships promised for the city's ferry operator City Lines within his election campaign will begin serve in the upcoming weeks, Topbaş said, adding that 400 new buses will be added to the city's fleet in a single purchase in 2015.

Topbaş said that the landscape works for Taksim Square, which was closed to traffic two years ago, will begin on May.

Emphasizing that the dams are full by 97 percent, Topbaş said that construction will end in 2016 for the Melen Dam, which will be located some 150 kilometers east of Istanbul and will provide almost half of the city's water needs.

Topbaş said that the water treatment plant in Büyükçekmece, which will serve 600,000 people, will begin to serve soon and last tests are being conducted.

2,100 residences in Çatalca and 300 residences in Silivri will be provided for low income families by a council housing project that will be announced next week, Topbaş stated. 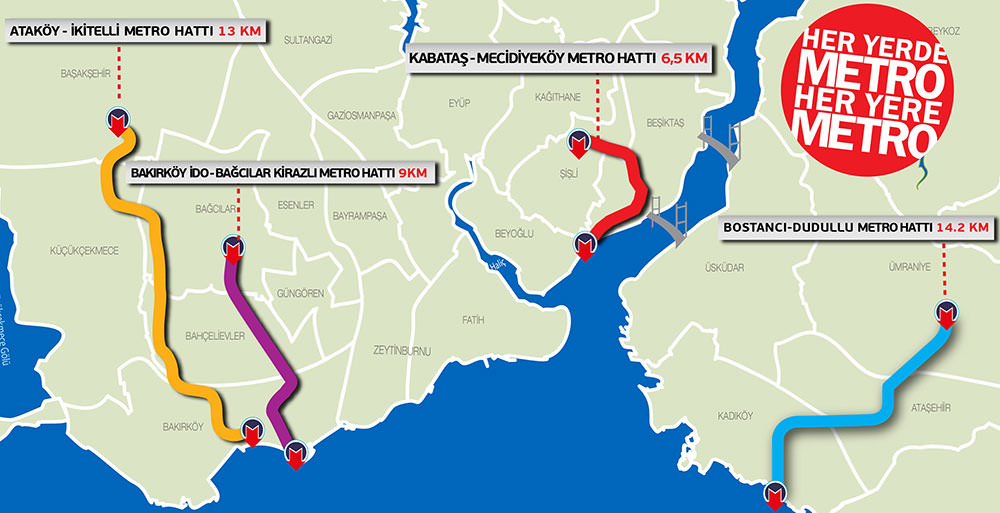