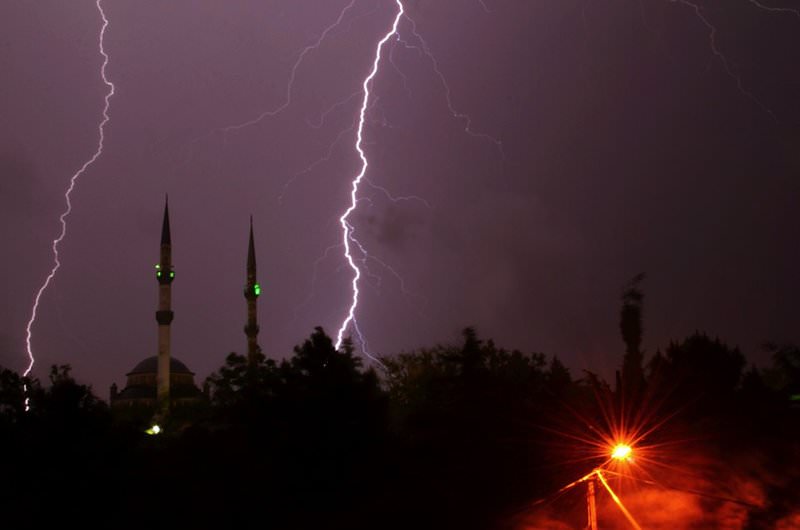 | IHA Photo
by Daily Sabah May 07, 2015 12:00 am
Heavy rain, lightning and thunder suddenly started in Istanbul on Thursday evening, causing blackouts in some districts.

As the rain brought traffic to a halt, many citizens were unprepared for the rain. Blackouts occurred in Şişli, Taksim and Beşiktaş districts of Istanbul.

The heavy rain will continue in Thrace and Marmara region of Turkey into the late night and the next morning, the Meteorological Service announced on Thursday.

Several flights to Atatürk Airport were also interrupted due to the heavy rain and lightning. Turkish Airlines Press Councellor Ali Genç wrote on Twitter, "Some planes are being directed to other airports as Atatürk Airport is currently not available for landing."

Meteorological Service warned of possible flooding, streak of lightning and hail in the above-mentioned regions.

Meanwhile, three people were injured after being trapped under a fallen tree in the western province of Edirne, where thunder squall affected daily life negatively, causing several roads to be closed to traffic.
Last Update: May 08, 2015 11:15 am
RELATED TOPICS