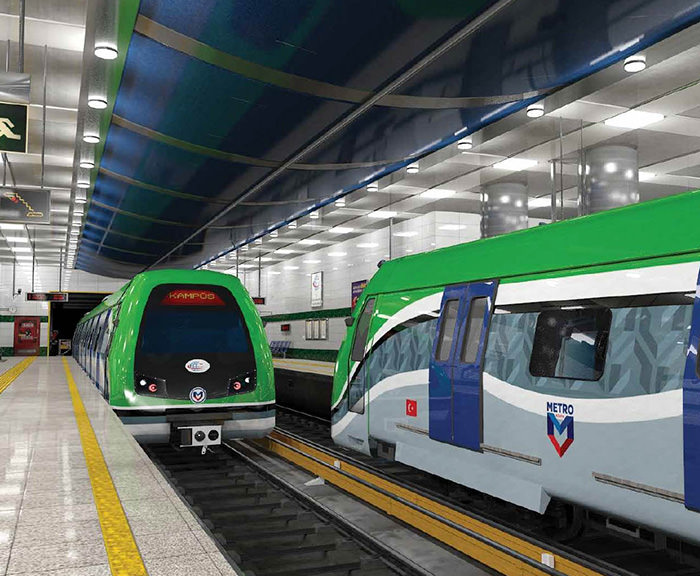 |AA Photo
by Daily Sabah May 15, 2015 12:00 am
Istanbul Metropolitan Municipality Mayor, Kadir Topbaş, has announced the construction of three new metro lines in Istanbul's Sultanbeyli district, which will connect commuters to Üsküdar, Kartal, and Kadıköy districts, during a mass inauguration ceremony for new facilities in Sultanbeyli district.

Two of the three new metro lines, which will provide comfortable and fast traveling for Istanbulites, is expected to finish in 2019, Topbaş said during a speech in Sultanbeyli.

In addition, 400 new buses have been purchased by the Municipality, which will ease the hardship Istanbulites go through during their daily commute around the city.

Sultanbeyli is one of Istanbul's newly developing district, which lacked even regular bus lines for a long time.
Last Update: May 15, 2015 12:31 pm
RELATED TOPICS