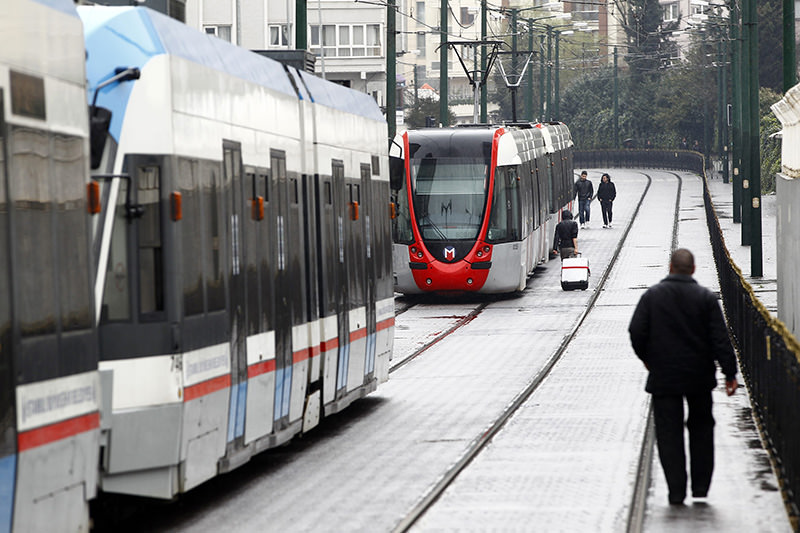 | AA Photo
by Anadolu Agency May 28, 2015 12:00 am
Istanbul, Turkey's largest city, will join cities in which automated or driverless trains operate. The city's new metro line on its European side will have driverless trains.

The metro line will connect Mahmutbey, a suburban and commercial district on the western European side to Kabataş, a ferry and bus hub, also on the European side. The line, which is projected to open in 2018, will have sets of carriages with automated technology.

Driverless trains that can reach speeds up to 90 kilometers per hour will be operated from a command center that will see the operation of a 22-station line covering 25 kilometers.

The Mahmutbey-Kabataş metro line's construction began last week. A line stretching from Kabataş to the commercial district of Mecidiyeköy is currently under construction and it will be later joined by an extension to Mahmutbey. The line will considerably decrease travel times between the districts. For instance, travel from Mahmutbey and Mecidiyeköy will be decreased to 26 minutes while it takes nearly two hours by car due to traffic jams throughout the day on the busy roads.
Last Update: May 28, 2015 4:24 pm
RELATED TOPICS