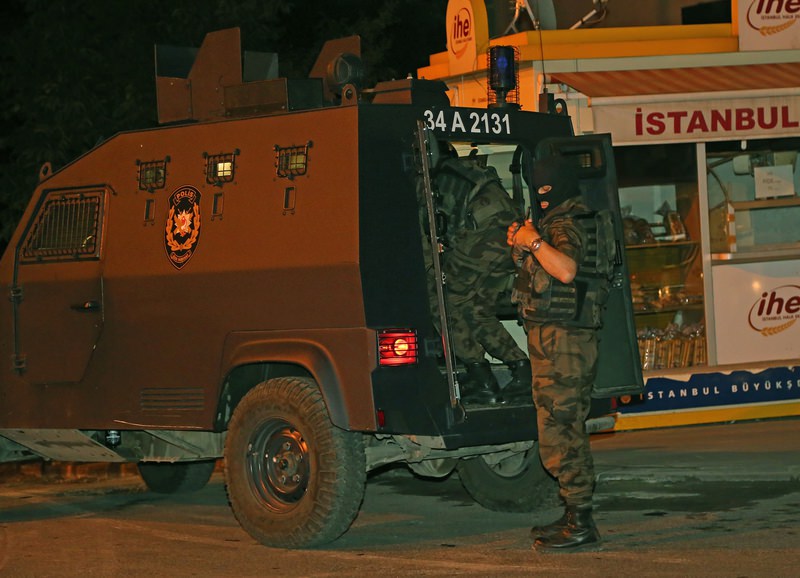 by Anadolu Agency Jun 03, 2015 12:00 am
More than 10 people were taken into custody early yesterday morning in Istanbul for alleged links to the Revolutionary People's Liberation Party-Front (DHKP-C) group, police said.

According to police sources, the operation is ongoing and the number of the suspects detained will increase.

Founded in 1978, the DHKP-C is considered a terrorist group by Turkey, the EU and the U.S.

Purportedly supporting Marxist-Leninist ideology, it was mostly active during the Cold War era, but the group has revived its attacks in recent years.

It has claimed responsibility for an attempted grenade attack in January on police guarding Istanbul's Dolmabahçe Palace, and recently was involved in the killing of a senior prosecutor in Istanbul in March.
Last Update: Jun 03, 2015 12:32 pm
RELATED TOPICS