Number of tourists visiting Istanbul on the rise 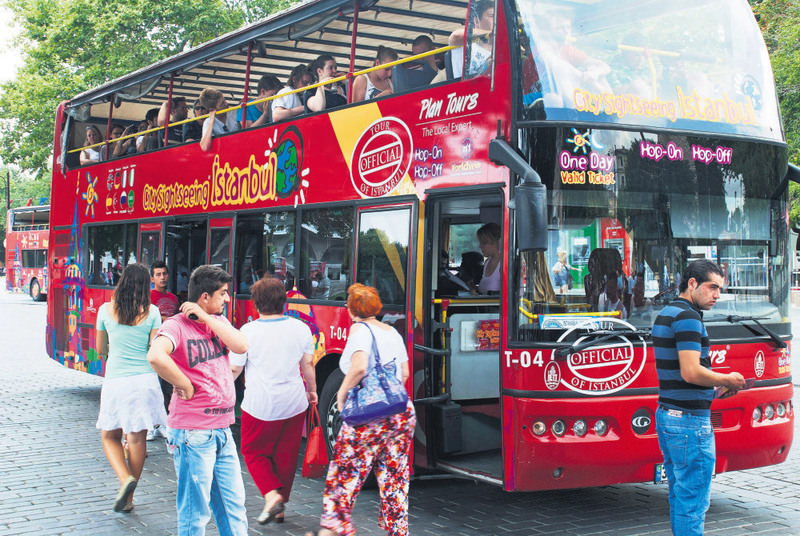 by Anadolu Agency Jun 10, 2015 12:00 am
According to the figures from the Istanbul Municipality's Department of Culture and Tourism, the number of tourists visiting Istanbul increased 7 percent, compared to the figures from the same period last year. As of May 2015, the Department of Culture and Tourism's data indicates the number of tourists that came to Istanbul via Atatürk International and Sabiha Gökçen airports as well as the ports of Pendik, Zeytinburnu and Karaköy, has surpassed 4,589,041. Moreover, airport arrivals of foreign tourists to the city increased by 6.8 percent, while port arrivals increased by 9.9 percent compared to last year.

In terms of visitor nationalities, Germans took the top spot with 10.3 percent, while Iranian tourists took second with 5.5 percent. Iranians were followed by Russians with 4.5 percent, Americans with 4.1 percent, the British with 4 percent, the French with 3.8 percent, Saudi Arabians with 3 percent, Italians with 2.9 percent, the Dutch with 2.6 percent, Iraqi and Ukrainians each with 2.4 percent, Libyans with 2.3 percent and Syrians, South Koreans and Chinese with 2.1 percent each.
Last Update: Jun 10, 2015 3:34 am
RELATED TOPICS