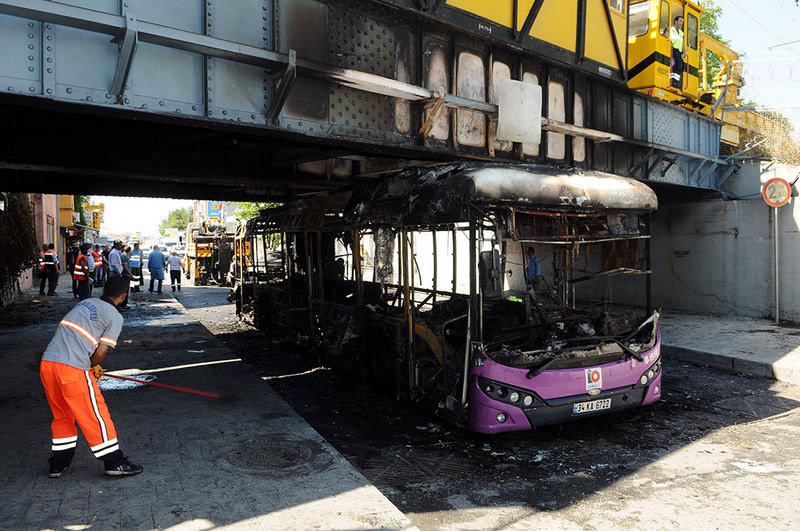 by Daily Sabah Jun 21, 2015 12:00 am
A disaster was nearly missed in Istanbul on Sunday as an empty commuter bus crashed to a railway overpass in Yenikapı district and the compressed natural gas (CNG) tank on top of the bus exploded.

The bus was completely burnt down after the explosion that took place around 7:00 a.m. Another explosion was heard as the extinguishing efforts were ongoing.

Driver Yakup Tunç, luckily the only person inside the vehicle as the incident took place, survived the explosion with burns and injuries. Tunç was reportedly transferred to Kocaeli province as all burn units in Istanbul were full.

The CNG tank was found some 300 meters away from the explosion site, hitting another minibus waiting for the traffic lights.

An investigation is launched regarding the incident.