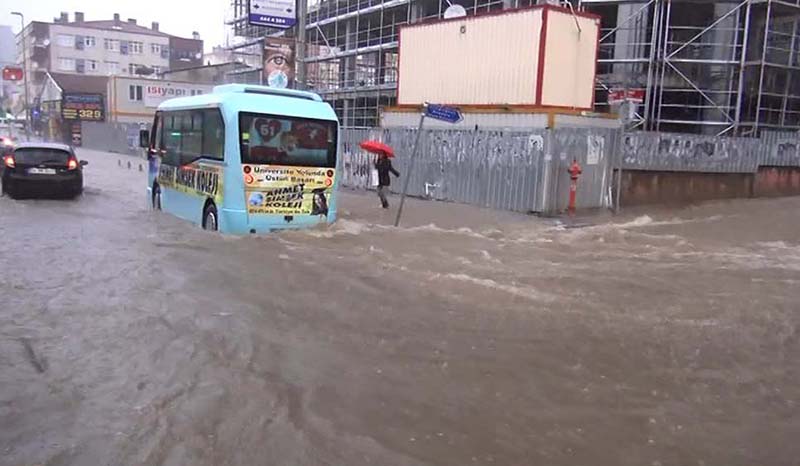 | DHA Photo
by Daily Sabah Jun 23, 2015 12:00 am
Heavy rain and thunder storms stroke Istanbul's Asian side since the morning on Tuesday, slowing down life as the traffic grinded to a halt.

Those heading to work in the early hours of Tuesday were unprepared for the heavy rain, which especially affected the city's Kartal-Cevizli district, where the D100 highway was closed for a while as vehicles were stuck on the road. The D100 was opened to traffic after a while and traffic only flowed through a single lane on both directions.

Some districts on the Asian side of Turkey's most populated city were inundated with floodwaters and rainfall. Coinciding with the morning rush hour, the rain paralyzed daily life and led to lengthy traffic snarls.

The General Directorate of Meteorology has issued a warning on Istanbul's Asian side and stated that the European side and the Bosporus should also expect heavy rain in the upcoming hours throughout Tuesday, thus stating that citizens and officials should take extra precaution against floods, inundations, hail, storms and heavy winds while going outside. 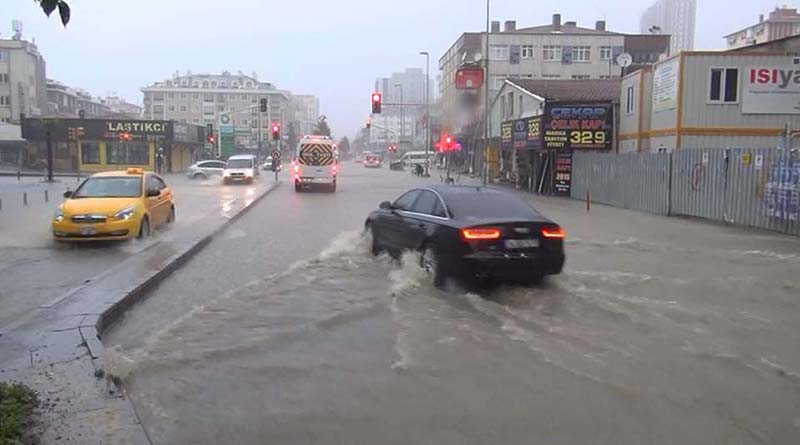