Turkey: Yet another construction worker killed in elevator accident in Istanbul 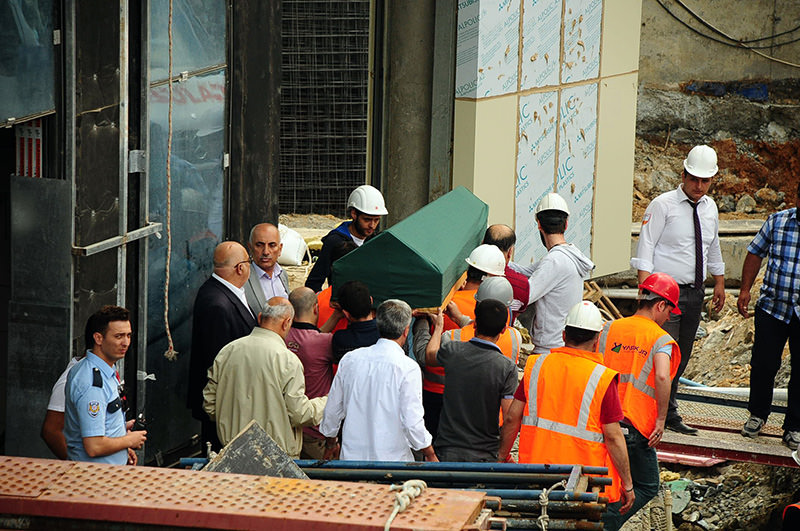 | IHA Photo
by Anadolu Agency Jun 24, 2015 12:00 am
A construction worker in Istanbul was killed in an elevator accident on Wednesday, according to police sources.

Emrah Kunur, 28, who was working in a residence building project, died as was he was repairing a lift in Istanbul's Beşiktaş district, said police officials on-site. The worker died on the spot.

His brother Ömer Kunur was also working in the same construction site was visibly affected as he looked on the rescue operations.
An investigation has been launched into the incident, police said.

On Sep. 6, 2014, ten workers died after an elevator plunged from the 32nd floor in another construction site in Istanbul's Mecidiyeköy commercial district.