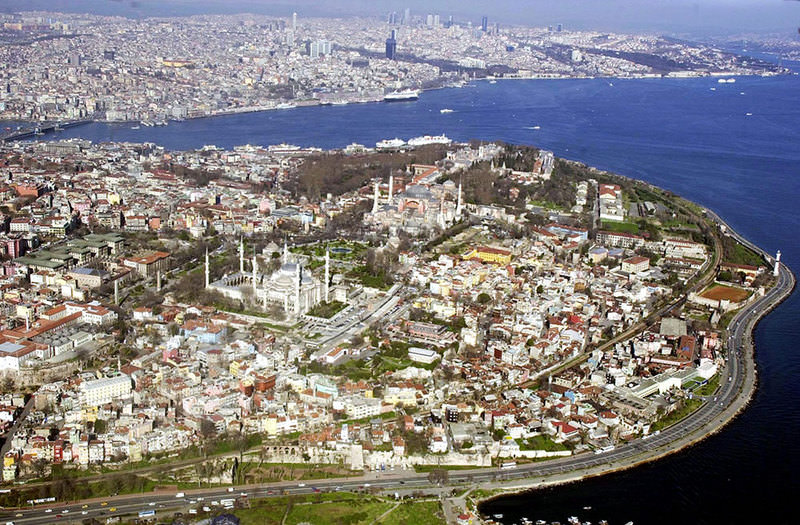 by Daily Sabah Jul 14, 2015 12:00 am
Istanbul's Second Administrative Court decided to suspend 37 articles of the total 61 proposed on reconstruction plan of preservation of the city's historic peninsula on Tuesday. Additionally, seven articles were partially suspended.

The suspension decision includes Kennedy Street, which the Eurasia Tunnel project will be connected to the Sirkeci Train Terminal, Yedikule Gardens and Kumkapı Fish Market.

Based on expert reports, the court decision stated that underground road intersection and road enlargement projects connected to the western end of the Eurasia Tunnel, the submerged tunnel project which will connect Istanbul's European and Asian sides, will increase the traffic in the historical area. This is contrary to earlier policies and provisions to decrease traffic.

The designation of a municipal bus garage as a commercial zone located in the Topkapı district was suspended. The article regulating the former area of the Kumkapı Fish Market, demolished to make way for the western exit of Eurasia Tunnel and projected to be a marina, was also suspended as conditions of construction in the area is not clear.

The Yedikule Gardens, located in former ditches adjacent to Istanbul's UNESCO-listed land walls, was among the suspension decisions of the court as sports and recreation facilities were not found compatible with the historic character of the area.

The court also suspended the use of Sirkeci Terminal, Yedikule Train Maintenance and Gas Factory facilities other than cultural purposes.