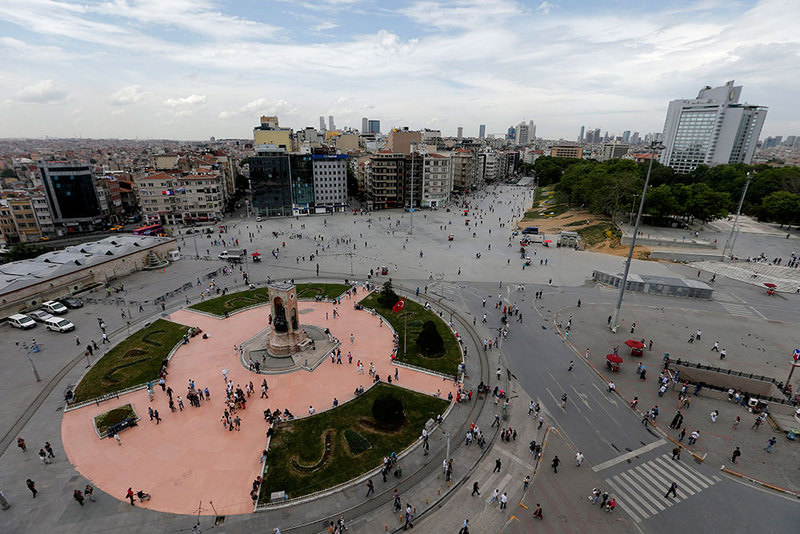 by Daily Sabah Jul 15, 2015 12:00 am
Turkey's highest administrative court, the Council of State (Danıştay), removed its ban on the Taksim redevelopment and pedestrianization project yesterday.

Previously on April 2014, the Council of State approved the court's decision, dated June 2013. However, the Istanbul Metropolitan Municipality had earlier asked for a revision of the project, a method rarely used and only taken into consideration if the higher court makes a factual error.

The Council of State's decision revealed that Istanbul's Sixth Administrative Court rejected the demand to annul the reconstruction decision of former Taksim Artillery Barracks to the site that is now Gezi Park.