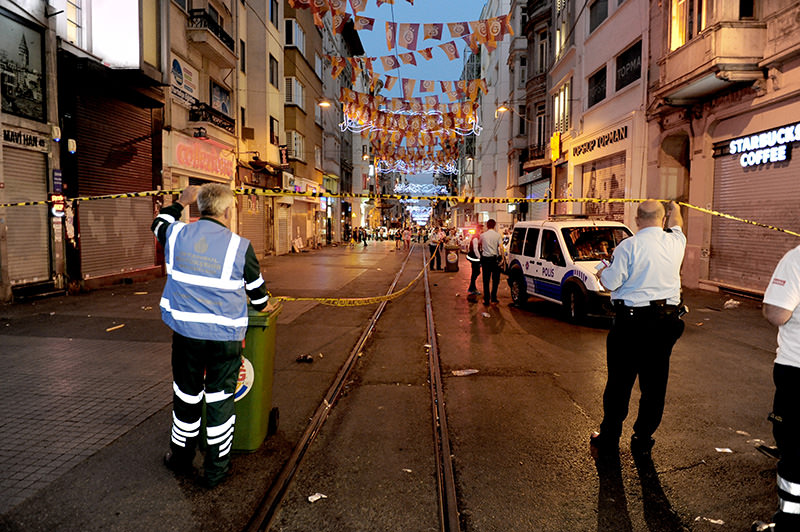 | AA Photo
by daily sabah
Jul 20, 2015 12:00 am
A man opened fire at five people at dawn on Monday, –one of whom was a tourist– on one of the most famous avenues in Istanbul, İstiklal Street. The police are still searching for the assailant, who is assumed to have argued with a group of people on the street, as a result of which he opened fire on them.

The health care teams and ambulances were dispatched to the scene following the incident. The injured were then taken to the nearby Şişli Hamidiye Etfal Eğitim and Research Hospital.

Istiklal Street, where the shooting incident occurred, is one of the most famous avenues in Istanbul, visited by nearly three million people in a single day over the course of weekends. Located in the historic Beyoğlu district, it is an elegant pedestrian street, 1.4 kilometers long, which houses boutiques, music stores, bookstores, art galleries, cinemas, theatres, libraries, cafés, pubs, night clubs with live music, historical patisseries, chocolatiers and restaurants.