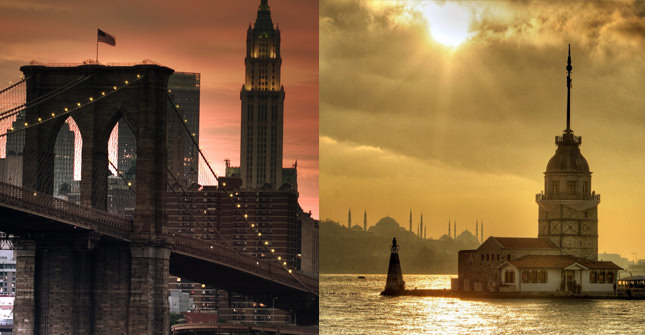 Known for its historical ambiance, resembling a 'small-Istanbul', Üsküdar, has been announced as 'sister city' with New York City's most populous, and recently most-talked about, Brooklyn borough, known for its diverse cultural mosaic.

The 'sister city' agreement between Üsküdar District Municipality and Brooklyn Municipality will be signed on August 12 in Istanbul, in a ceremony attended by Brooklyn Mayor Eric Adams and Üsküdar Mayor Hilmi Türkmen.

The agreement between the two district aims to initiate a mutual economic, cultural, and educational cooperation, in addition to municipal matters between Üsküdar and Brooklyn.