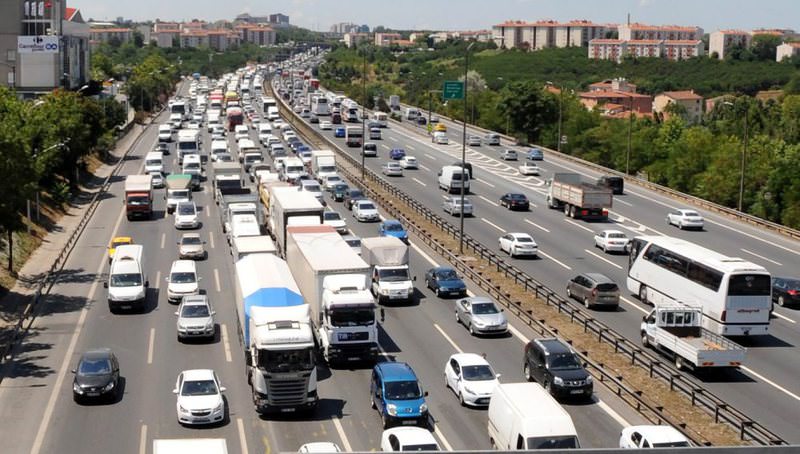 by Zeynel Yaman Aug 11, 2015 12:00 am
Solutions abound for Istanbul's traffic, some of the worst in the world, although they have achieved little to get frustrated drivers and passengers out of hours-long gridlock. Now authorities weigh in on a toll road model to keep vehicles out of busy districts.

The city's historic peninsula, where landmarks such as the Blue Mosque and Hagia Sophia are located, the nearby district of Aksaray that is swarming with tourists, the commercial hub of Beşiktaş, Taksim, with its vibrant nightlife and entertainment venues, as well as other busy spots including Bakırköy, Üsküdar and Kadıköy will see new traffic regulations introduced soon. This may include charging a fee for motorists, depending on the level of traffic. Other proposals to ease the traffic include changes in working hours and school hours, and giving priority to vehicles carrying more passengers such as minibuses and buses.

Another significant change authorities have been mulling is a new pricing system for mass transit, such as higher ticket fees during busy hours for buses and cheaper fares during less busy hours.

The Istanbul Metropolitan Municipality will also work on creating alternative routes to busy roads that are the main contributors to lengthy traffic jams.

Traffic is a major downside for an otherwise pleasant journey to Istanbul that attracts millions of tourists and migrants every year with its unique location between two continents and countless attractions. Authorities have continued to look for a solution, or rather a series of solutions, to curb the traffic for years in Turkey's largest city with a population of more than 15 million people, ranging from the abovementioned solutions to the construction of more parking garages. Istanbul's trouble with traffic snarls is largely attributed to haphazard development and an ever-growing population.
RELATED TOPICS