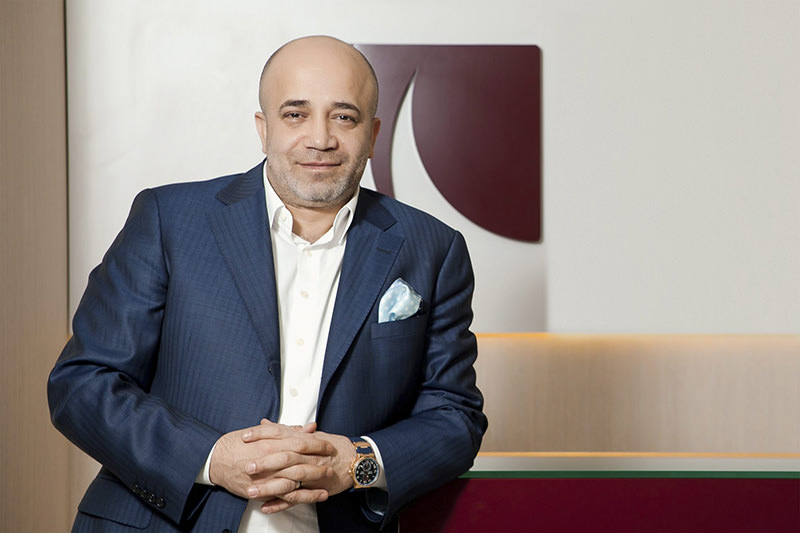 In the second attack targeting Star Media Group in less than a month, Murat Sancak, CEO of the group known for supporting counterterror operations, survived an assassination attempt when two gunmen opened fire on his car on Thursday in Istanbul

Star Media Group Chairman Murat Sancak has been attacked on Thursday by gunmen. Sancak survived unscathed from the attack.

Two assailants, who were reportedly wearing masks, have opened fired on Sancak's car and fled the scene immediately.

The incident occurred at around 11.30 a.m. in Istanbul's Hadımköy district while Murat Sancak was in his car with his body guard.

"My life has no value when there are so many soldiers being martyred, we will not give up our editorial policy and I will sacrifice my life if necessary" Murat Sancak was quoted as saying on Twitter.

According to eyewitnesses at the scene of the incident, a car hit Sancak's vehicle from the back. Sancak then got out of his car with his bodyguard, and was caught in crossfire. The assailants have reportedly left the scene after a brief clash with the body guard. Eyewitnesses have claimed that the assailants were intending to make the attack seem like an accident. 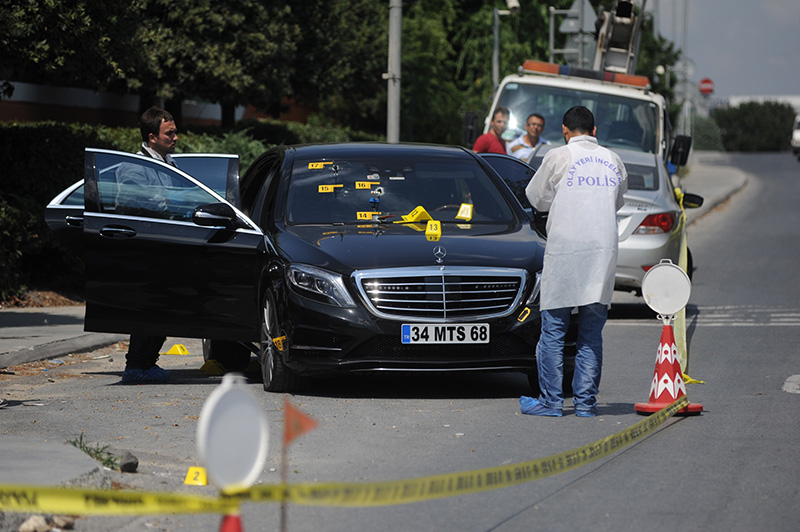 Ethem Sancak, a prominent Turkish businessman and the uncle of Murat Sancak, was the owner of the Star Media group from 2004 to 2009, and was listed by Forbes as the 43rd richest person in Turkey in early 2013.

Ethem Sancak said that he was outside the city borders when the attack happened.

"We have been exposed to such threats for a while," Ethem Sancak was quoted by reporters.

Star newspaper's executive director, Nuh Albayrak, has also answered questions from reporters, saying he was not at all shocked at these attacks.

"In democratic Turkey, a certain group from a political fraction has been winding and leading such attacks since the beginning, and targeting Star Media Group," Albayrak said.

The Turkish Journalists Association (TGC) released a condemning statement that said increasing acts of terrorism in Turkey in recent days are now targeted at journalists and media companies. "The attack on Murat Sancak aims to spoil the peace in Turkey. We condemn this act of terror and hope the perpetrators will be found as soon as possible," the statement said.

In a written statement Star Media Group said the group was recently the target of a systematic campaign "that once again culminated [in an attack]." "We would like to remind these terrorist groups that their efforts to silence Star Media are futile," the statement said. The statement also criticized "political party leaders, media companies and intellectuals linked to them, who motivate terror groups."

Star Media Group had previously been attacked in July, when a suspicious package was left in front of the group's building in Istanbul's İkitelli district, which was later detonated by the bomb squad at the scene.

The bomb squad stated that the package was a concealed time bomb wrapped in a banner with the initials of an illegal left-wing organization Marxist-Leninist Communist Party (MLKP).

"The time bomb was notified to officials by the security guards and it was detonated successfully by the bomb squad that called to the scene," the statement added.

The statement said that the Star Media Group will not give up, even for a short moment, even after efforts of the terrorists trying to stop them from exposing the truth and games played against Turkey.

The Star Newspaper was targeted by the People's Democratic Party (HDP) co-chair Selahattin Demirtaş during the election campaign for Turkey's June 7 parliamentary elections. 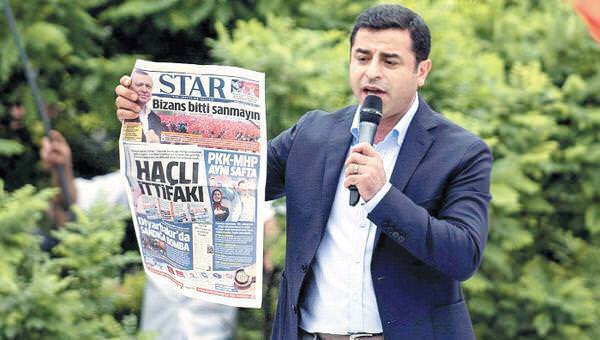 The Star Media Group's statement added that Demirtaş, Doğan Media Group and the Gülenist parallel structure need to be reminded that their threats are a motivation for the group to continue revealing the threats and all moves against Turkey.

Deputy Prime Minister Yalçın Akdoğan told reporters on Thursday that such attacks would not intimidate either the media nor the nation. Referring to terrorist organizations stepping up attacks recently, especially in the southeast, Akdoğan said such attacks aimed to spoil the unity of Turkey and its democracy "of whom the media is a vital part." Akdoğan said Turkey should be united in condemning these attacks.

He said they expected the entire Turkish media to adopt a united stance against the attack targeting Murat Sancak. "We hope the media would act more sensibly in covering Turkey's fight against terrorism and take a common stance in terror attacks targeting media members," he said.

Most media outlets, particularly the national newspapers pursuing a pro-HDP publication policy, had refrained from openly condemning the foiled bomb attack against Star Media Group last month. Nuh Albayrak, editor-in-chief of Star newspaper, said his colleagues working for other newspapers and TV stations did not even express their concerns after the bombing attempt. "One day after the attack, I was with executives of other newspapers during a meeting with the prime minister. They did not even say a word about the attack. I wonder if we are alienated," he said, citing that media outlets had joined forces to condemn an attack against Cumhuriyet daily while ignoring the attack on the Star.