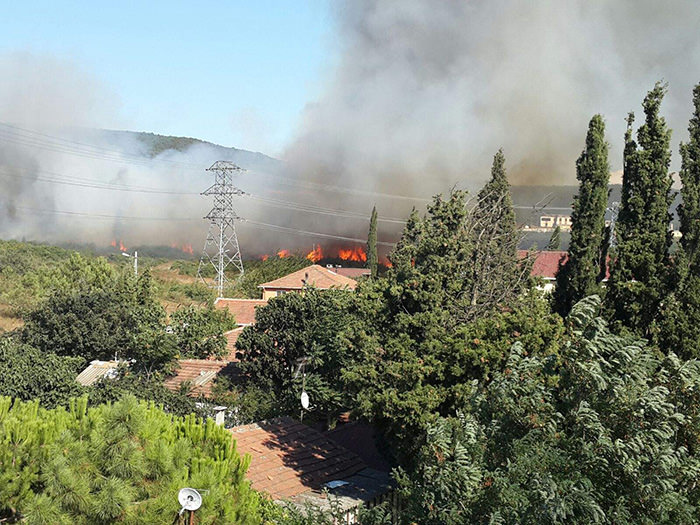 |DHA Photo
by Daily Sabah Aug 25, 2015 12:00 am
A fire has broken out in the forest adjacent to Istanbul's Tuzla Infantry School Command on Tuesday evening.

Roads near the school have been closed to traffic, including the D-100 Highway, as part of the cautionary measures taken by the fire department as heavy smoke affected the visibility in the area. The school has been evacuated as firefighters arrived at the scene.

The cause of the fire is still unknown as an investigation has been launched.