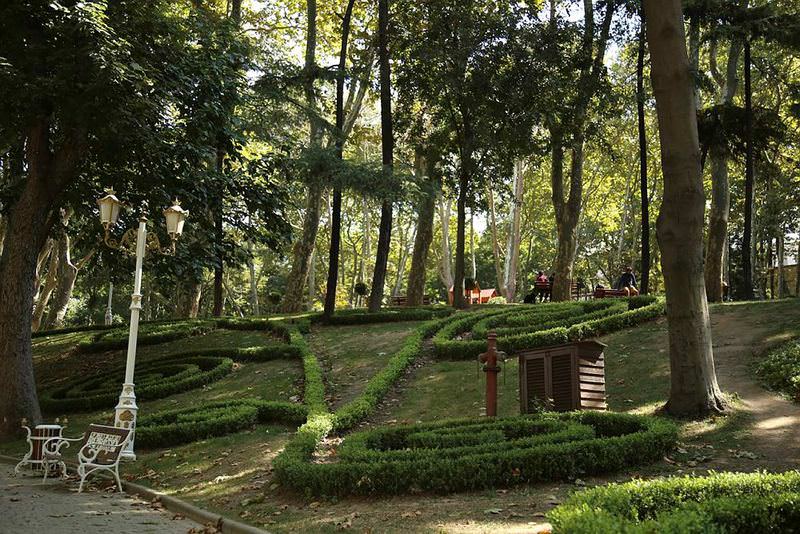 by Daily Sabah with AA Sep 12, 2015 12:00 am
As urbanization keeps its steady pace and a concrete jungle continues blossoming, Istanbul fights to recover its green areas. In the past decade, green spaces increased 71 percent in the city of more than 14 million, where nearly 21 million square meters of parks, groves and other green areas spread through the city's Asian and European sides.

The greater Istanbul municipality built 442 parks in 11 years in the city, ranging from spacious green venues on the Yenikapı shore on the European side to dozens of parks dotting Maltepe, Tuzla and other districts on the Asian side. Göztepe Park in the eponymous district on the Asian side stands out from the others for its proximity to the sea and its area of 97 acres with 30 species of trees and more than 1 million flowers.

Maltepe Park, built on the Asian side on an area of 1.2 million square meters, boasts being one of the largest in Istanbul, complete with a 7.5-kilometer biking course and a helipad.

Parks, especially those in heavily populated districts, are a relief for people in the city. Along with a vast green area, parks house football fields, basketball and tennis courts, trekking and biking routes, restaurants and other facilities that provide everything for a weekend getaway.

Groves also offer an oasis in the middle of the hurly-burly of the city for the city's residents. Twelve groves in Beykoz, Çamlıca, Florya, Emirgan, Hacıosman and other districts are home to a wide variety of trees from pines to lime trees.

The city also boasts a large increase in planted flowers, adorned everywhere thanks to a new project by the municipality to increase the number of tulips and roses in the city. Over 7 million Meilland roses were planted all across the city.
RELATED TOPICS