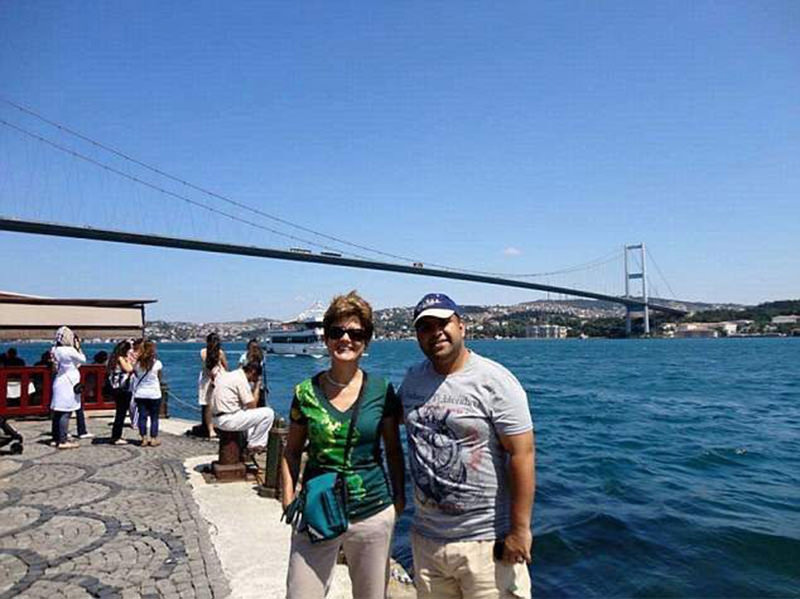 | File photo
by Yusuf Ziya Durmuş Oct 20, 2015 12:00 am
Security camera footage at Istanbul's Atatürk Airport where British citizen Jacqueline Anne Sutton was found dead last Saturday disproved allegations that she was distressed to miss her flight before her apparent suicide in the airport's restroom.

The former BBC journalist and acting Iraq director of the Institute for War and Peace Reporting (IWPR), a media nongovernmental organization (NGO), was found hung by shoelaces according to security sources, and initial reports said she was crying after she missed a connecting flight to Irbil in Northern Iraq after she flew from London. Media outlets earlier reported that Sutton, 50, had complained she had no money to pay for a new flight and was visibly distressed before her body was discovered in the restroom by three Russian passengers.

An investigation is underway into her death while security camera footage from the airport shows Sutton was at the airport two hours before her flight to Iraq. Cameras did not record any suspicious action for her part and she does not seem distressed although the footage shows only part of her time in the airport terminal.

The discovery of 2,300 euros in her possession also disproved the allegation that she did not have enough money to purchase a ticket to Irbil, a two-hour flight from Istanbul.

Although British media reported Sutton had suffered from post-traumatic stress disorder (PTSD) after her detention in Eritrea in 1995 where she was charged with espionage during her time there, her colleagues and co-workers expressed shock on the possibility of Sutton killing herself.

The IWPR released a statement saying the circumstances of her death were "unclear" and they were "trying to establish the facts."

Turkish authorities did not comment on the investigation. A spokeswoman for the United Kingdom Foreign and Commonwealth Office told Daily Sabah that the British Embassy in Turkey was assisting Sutton's family "at this difficult time and we will remain in close contact with Turkish authorities."
Last Update: Oct 20, 2015 3:54 pm
RELATED TOPICS