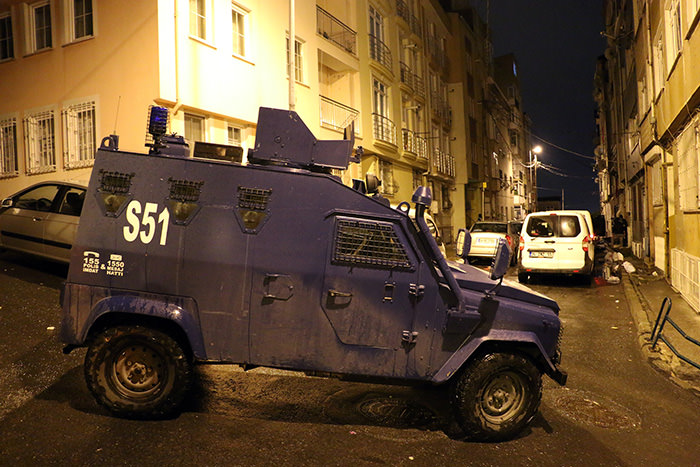 The 15 alleged members of the Patriotic Revolutionist Youth Movement (YDG-H) were taken into custody during simultaneous operations at different locations in the Sultangazi and Gaziosmanpaşa districts of the European side of the city.

Two rifles and a handgun were seized during the raids, which were backed by police helicopters.

The suspects have also been accused of robbing shopping centers and throwing Molotov cocktails into security cabins in the Sultangazi district.

There have been many arrests across Turkey since the July 20 Suruç suicide bombing that killed dozens of people; most of the suspects detained since then have alleged links to the terrorist groups PKK, KCK, YDG-H, ISIS as well as the Revolutionary People's Liberation Party-Front.