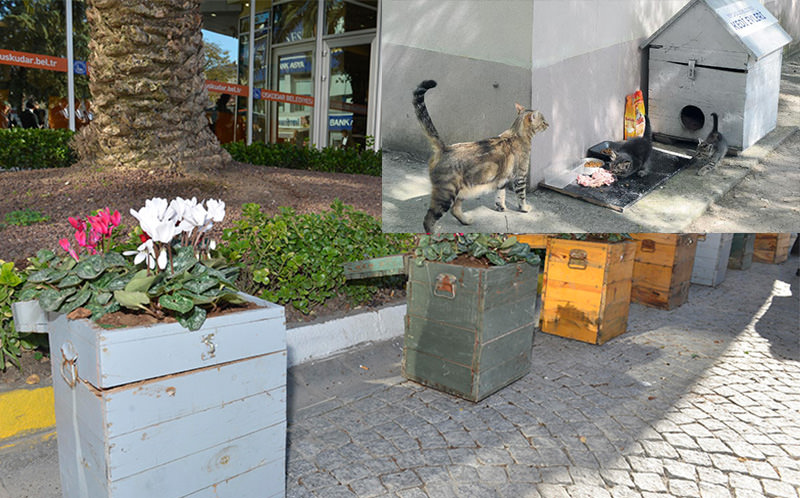 Turkey has shifted from the use of wooden to plastic, transparent ballot boxes since the constitutional referendum in 2010, in which voters endorsed modifications to the country's constitution. But the change has left idle thousands of wooden ballot boxes.

Istanbul's Üsküdar and Beylikdüzü municipalities took action to make use of the boxes, by turning them into cat shelters and flowerpots.

Üsküdar municipality has planted flowers in the boxes and placed them on the streets of their districts. The damaged irreparable ones were distributed to locals in need to be used as firewood. Hilmi Türkmen, mayor of Üsküdar from the ruling Justice and Development Party (AK Party) which won Sunday's elections, said democracy "flourishes in new ballot boxes while flowers bloom in the old ones."

Beylikdüzü municipality, on the other hand, has found another way to make the boxes useful by converting it into small cat shelters. Boxes, with minor modification, were turned into a place of feeding and sleeping for cats.
Last Update: Nov 05, 2015 5:40 pm