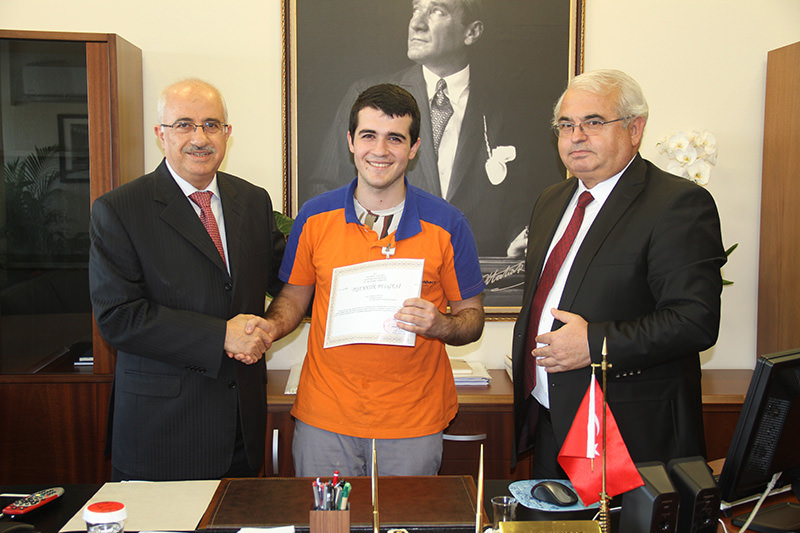 | IHA photo
by Daily Sabah with AA
Nov 06, 2015 12:00 am
A janitor who discovered 24,500 euros ($26,000) in the toilets at Istanbul's Atatürk International Airport has been praised for his "good character and inner conscience" after turning over the cash to the authorities.

Evrensel admitted he was startled by his discovery: "I could have kept the money for myself. People think of every option. I did so; but I chose the good one," he said.

The money's owner returned to the airport soon after its discovery and retrieved the cash upon being officially identified.

Airport manager Mehmet Ali Ulutaş said: "He [Evrensel] could have kept the money to buy himself a modest house. However, he brought it to the officials and set a good example."
Evrensel was awarded a prize and a certificate of appreciation.