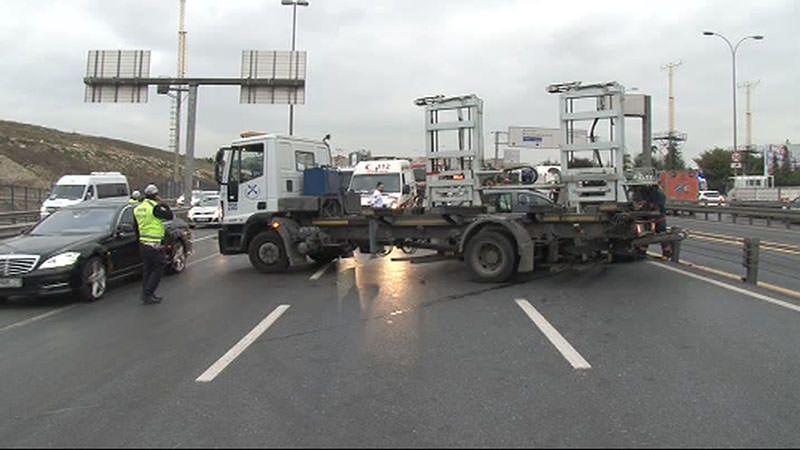 | DHA photo
by daily sabah
Nov 07, 2015 12:00 am
A car and a metrobus (articulated bus) collided head on in Istanbul on Saturday morning, leaving five people injured. The collision occurred after the minibus had reportedly entered the restricted road made for only the use of metrobuses.

The accident took place in Sefaköy district of Istanbul on the D-100 highway.

It is illegal to enter the restricted road and an investigation has been launched to find the cause of the car entering the road.

Police and ambulances quickly rushed to the scene after numerous phone calls were made to the police.

The driver of the metrobus and a passenger as well as three people at the car were injured, the reports said.

Metrobus is an articulated vehicle used in public transportation. It is usually a single-deck design, and comprises two rigid sections linked by a pivoting joint.
Last Update: Nov 07, 2015 12:22 pm