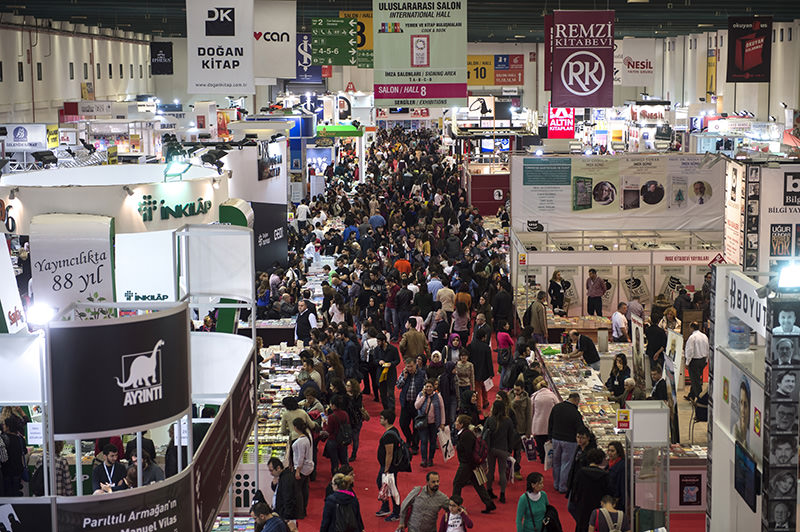 |AA Photo
by Anadolu Agency Nov 08, 2015 12:00 am
Turkey's biggest international book fair opened its doors this weekend with a ceremony to mark its 34th anniversary.

The Tuyap Fair in Istanbul's western Beylikdüzü district opened Saturday with the theme 'Humor: Looking at Life with a Smile.'

This year, the 34th International Istanbul Book Fair will host over 750 publishers from all over the world, as well as panels, seminars and workshops and a total of 300 activities.

The state of Romania will be the honorary guest of the event which will host prominent Romanian writers such as Mircea Cartarescu and Matei Visniec.

Speaking at the opening ceremony of the fair on Saturday, Governor Vasip Şahin said: "Today, reading a book is no longer seen as a leisure activity, rather it has started to be taken as an obligation, need and duty." Şahin said that in 2014 around 500,000 people visited the fair.

Matei Ioan, general director of Libraries and Publications at Romania's Culture Ministry, said: "I believe that written culture constitutes a whole purification system of the soul in these geopolitical conditions."