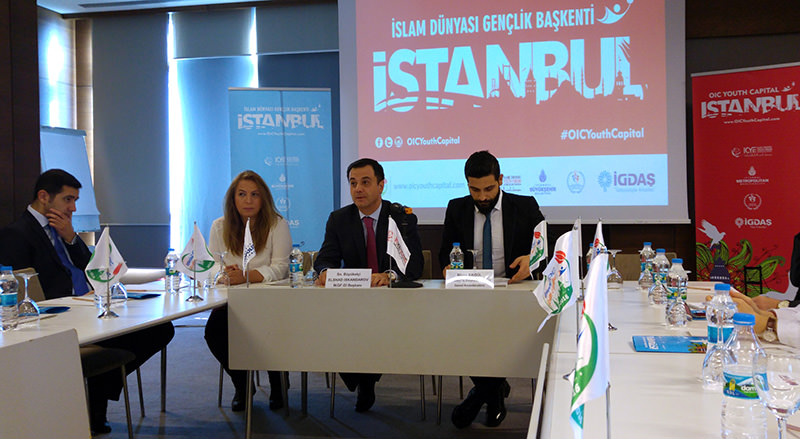 |AA Photo
by Mehmet Çelik
Nov 19, 2015 12:00 am
Elshad Iskandarov, the ambassador and the president of the Islamic Conference Youth Forum for Dialogue and Cooperation, an Istanbul-based international organization and part of the Organization of Islamic Conference (OIC), said Wednesday that the organization has prepared a series of events in Istanbul to increase cooperation and raise awareness against Islamophobia and violence among the Muslim youth.

Speaking at the press conference held in Istanbul, Iskandarov said, "With the proposal of the OIC Youth Forum, a 'capital' city project was initiated for the Islamic world youth. Istanbul was chosen as the first Islamic World Youth Capital with the agreements of member states of OIC. This is a significant development for us and Istanbul." He further noted that various events and activities will be held by the Forum for the rest of 2015 and throughout 2016 in order to engage youth.

The Youth Forum has organized an international short film contest as part of a series of events, titled "The Youth's Creativity for Global Solutions," under the scope of the third Bosporus Film Festival. "The contest's inspiration comes from handling social problems in the Islamic world with the perspective of youth, increasing social awareness, and mobilization for solution," Iskandarov said. He added that the contest attracted nearly 1,000 films. 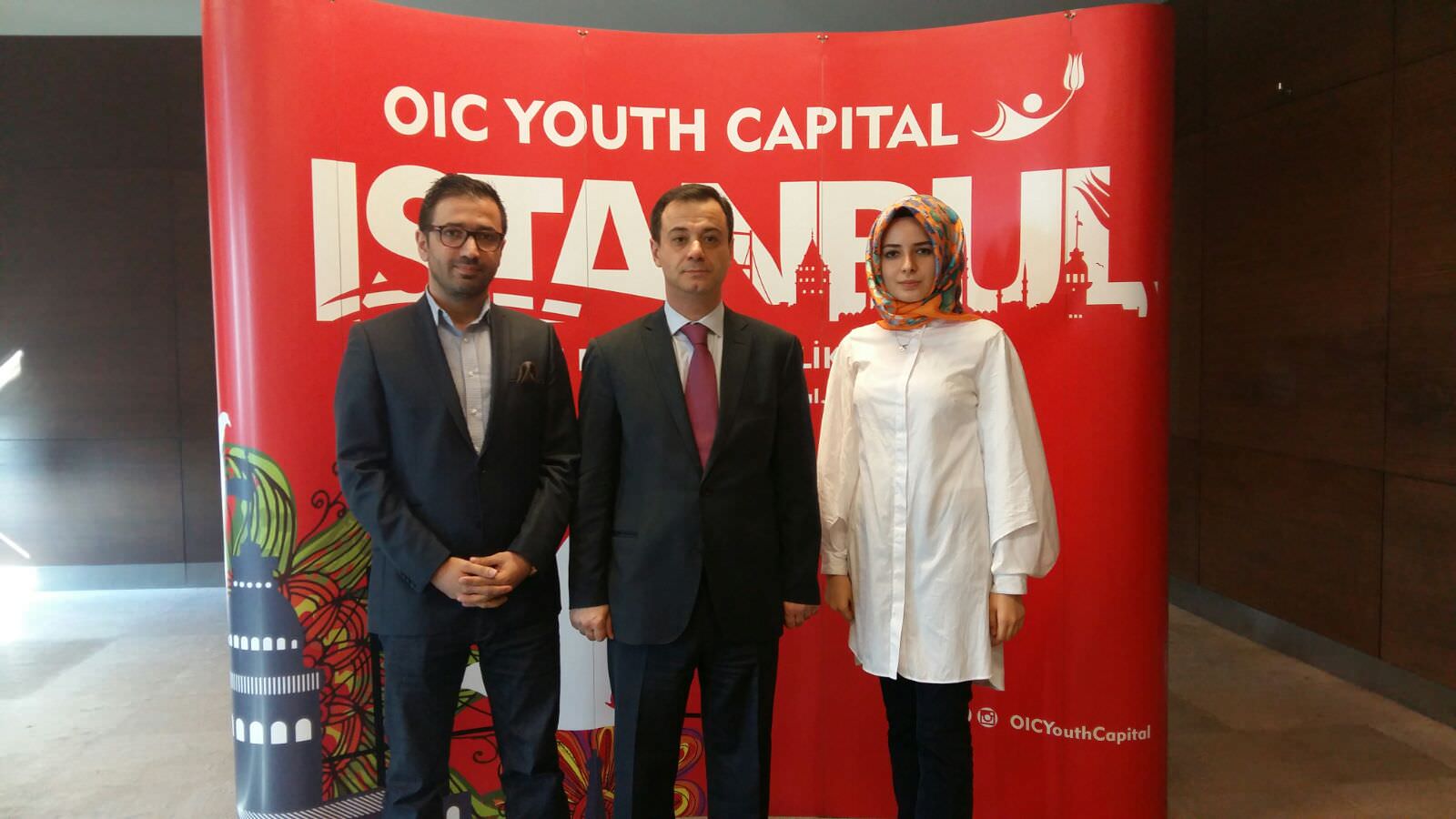 Musa Akgül, the general director of the Islamic World Youth Capital Project, said the contestants had requested a focus on recent issues, such as the refugee crisis, terrorism, forced extremism and other societal problems. "We wanted these short films to be creative and reflect the youth's perspective of these issues in the society," Akgül added.

The top 15 films will be screened at Tarık ZaferTunaya Cultural Center after Nov. 20, free of charge. The top four films, which will be selected by juries Adrian Tofel, Dzemal Latic, Franzi Zajc, Musa Akgül, and Sevinj Iskandarova, will receive their awards at a gala night on Nov. 27.

The Youth Forum has also planned to hold other cultural, educational, and arts events, with the participation of Muslim youth from member states, throughout 2016 in Istanbul, including a photography contest on tolerance, titled "Photo4Tolerance," the Young Muslims Leadership Summit, and Young Muslim Thinkers Forum. Akgül added that these events will be used as "tools of cooperation" among the Muslim youth to establish new networks, which will help the youth better engage in society and strengthen their developments.

During the press conference, Ambassador Iskandarov, who commented on the growing radicalization of Muslim youth, particularly in European countries, highlighted the importance of recognizing the "organic relationship between Islamophobia and terrorism."

"Islamophobia has peaked in Europe and we see this as being very dangerous. We have launched events and efforts to tackle this problem. Fighting against terrorism, violence and Islamophobia should be done through one channel as there is an organic relationship between Islamophobia and terrorism and they feed each other, " he said.

"Muslim youth should be integrated into the European fabric. Avoiding integration creates a larger problem for Europe and Europe's relations with the Muslim world. Following policies that marginalize the youth and create ghettos in Europe increases the chances of rising violence in the society," Iskandarov added.

The Islamic Conference Youth Forum for Dialogue and Cooperation is the youth branch of the Organization of Islamic Conference and represents the youth councils and foundations of the 57 member states. The Forum aims to defend the interests of Muslim youth, support sustainable development, support academic and continuous education, strengthen moral development of the new generation and establish a cultural and civilizational dialogue among the youth.
Last Update: Nov 19, 2015 10:43 pm