Wild boar emerging from the Bosphorus causes havoc in Istanbul 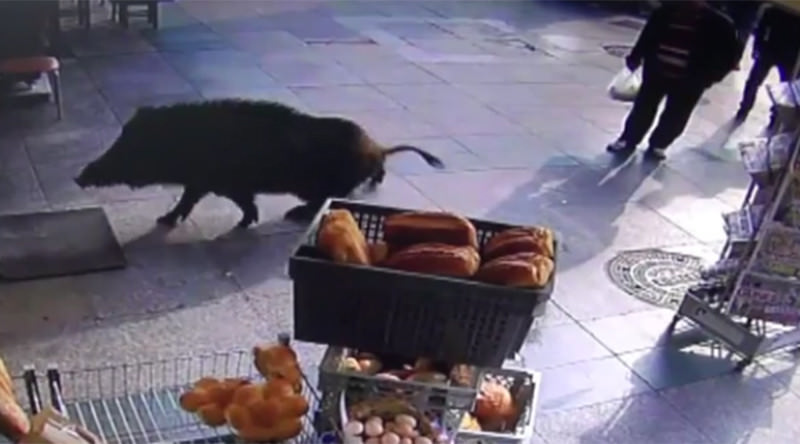 by Daily Sabah Nov 20, 2015 12:00 am
Istanbul residents experienced an interesting incident when a wild boar reached land by swimming through the Bosphorus and caused widespread havoc in the streets of the Beykoz district in Istanbul on Thursday.

A video recorded by a local shows some Istanbulites finding the swimming angry boar quite amusing, however this soon changes as in the rest of the video people are seen running in panic after being chased by the animal.

The locals said that the boar attempted to enter some shops in the neighborhood but luckily no one was injured as the crazed animal disappeared after rampaging Istanbul streets.