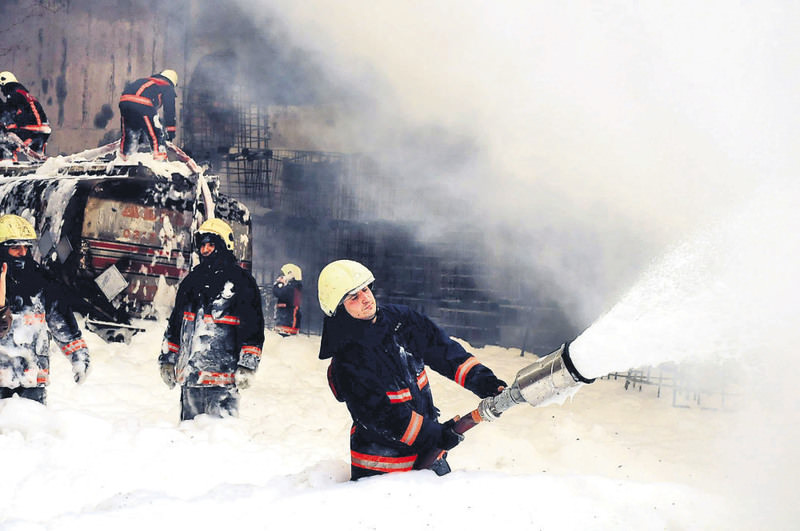 by Daily Sabah Nov 24, 2015 12:00 am
Istanbul's fire department made it to the finals for a prestigious international firefighting award.

Firefighters from Istanbul will compete for the Conrad Dietrich Magirus Award, which "honors the exceptional accomplishments of fire departments around the world," according to its website. Fire departments from 10 countries vie for the award, which will be presented in Ulm, Germany, on Jan. 22. The fire department of the Istanbul Metropolitan Municipality qualified for the finals thanks to their intervention in a chemical tanker explosion in the city's Başakşehir district in February. Firefighters were praised for their efforts to extinguish the fire following an explosion of the tanker at an industrial site, which engulfed a textile workshop and vehicles in the area. Two people were injured in the fire, which took more than two hours to extinguish.
RELATED TOPICS