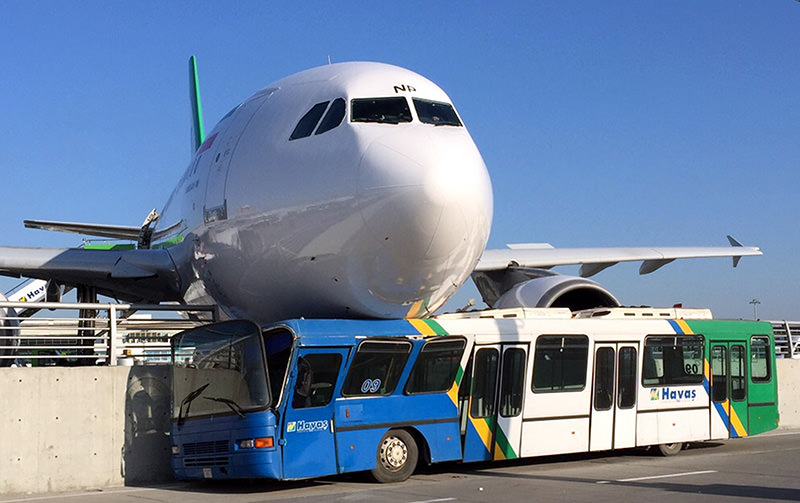 | AA photo
by Anadolu Agency Dec 24, 2015 12:00 am
An Iranian plane has crashed into a concrete barrier at Istanbul's main airport on Thursday, forcing the evacuation of passengers.

The incident occurred at 8.30 a.m. local time [0630GMT] as the Mahan Air flight from Tehran landed at the city's busiest airport, Atatürk International.

The Airbus A310-300 hit concrete barriers as it taxied to its parking position at the terminal building.

The plane's front wheel was damaged after it failed to stop and passengers were evacuated. No injuries have been reported so far.

A ground operations bus was also wedged underneath the damaged nose of the plane.