One injured in transformer explosion in Istanbul’s Büyükçekmece district 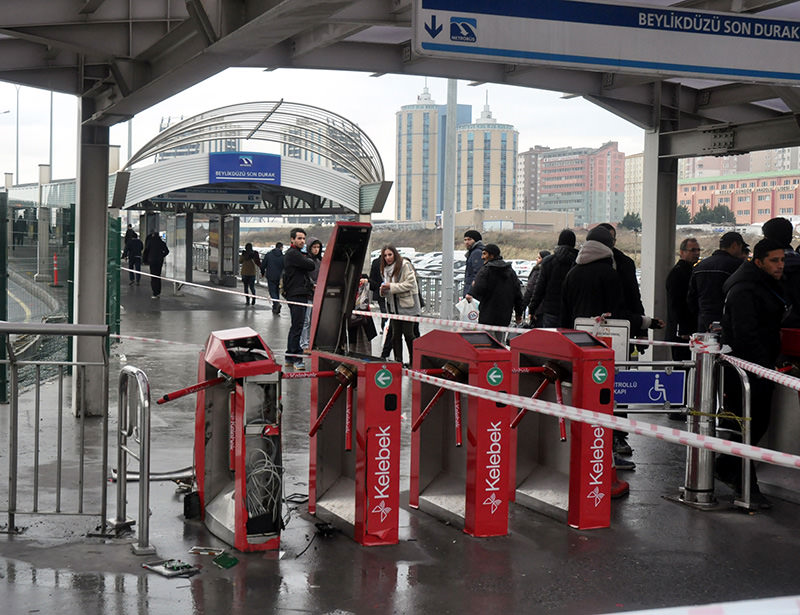 | DHA photo
by daily sabah Jan 06, 2016 12:00 am
One person was slightly injured on Wednesday morning when a power transformer exploded 30 meters away from the Beylikdüzü metrobus [bus rapid transit route] stop in Istanbul's Büyükçekmece district.

The heavy current that the explosion caused also hit the turnstile at the entrance of metrobus station, injuring 24-year-old Büşra Akgün, who was at the time passing through the gate. Akgün was dispatched to Esenyurt State hospital.

Fire department officials present at the place of the incident extinguished the small scale fire.

Police teams have temporarily shut down the turnstiles, while taping off the area around them.

The teams were investigating the exact cause of the explosion, the reports said.
Last Update: Jan 06, 2016 3:27 pm
RELATED TOPICS