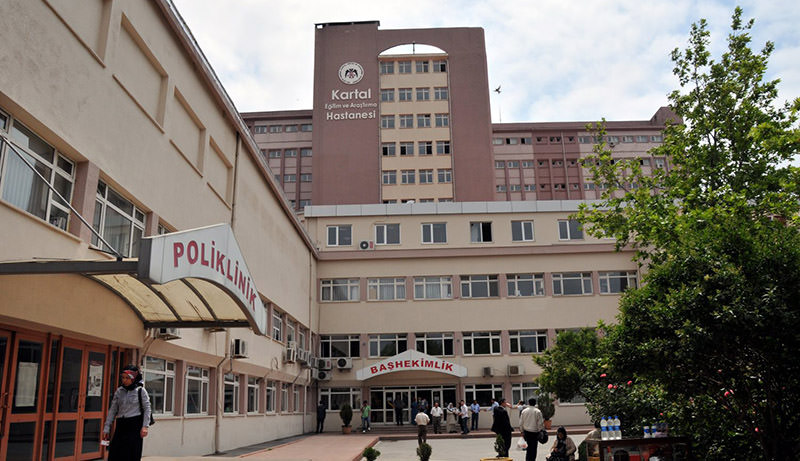 Death toll from swine flu in Istanbul, Turkey’s most populated city, hit three on Saturday, while the Health Ministry claims 15 casualties across the country were not due to the virus alone, but due to other diseases aggravated by virus

Swine flu, or the H1N1 virus as it is scientifically classified, claimed two more lives in Istanbul late on Saturday. The death toll in Turkey's most populated city reached three with the latest deaths, as the first death was reported on Friday. The casualties raised public concerns on the effects of the deadly virus, but the Health Ministry was quick to assuage the public with regard to swine flu. Health Minister Mehmet Müezzinoğlu said the death toll nationally has reached 15 so far this year, while the latest report was actually only two, underlining that the casualties stemmed from existing diseases in patients, aggravating the effect of the virus. All of the swine flu deaths in Istanbul were reportedly on the city's Asian side. The Doğan News Agency reported a 57-years-old man succumbed to the virus at Dr. Lütfi Kırdar hospital in the city's Kartal district on Friday after he was hospitalized for the flu days earlier. An 87-year-old man and a 46-year-old woman being treated at the hospital died late on Saturday. A 44-year-old man is also undergoing treatment for swine flu at the same hospital. Three other patients are in a quarantined unit in a hospital in Bakırköy on Istanbul's European side for the virus infection. Two children were also diagnosed with swine flu last week at city's Çapa hospital, and they are still under quarantine. The first cases of the swine flu in Turkey were reported last month, and since then, 15 people have died. Minister Müezzinoğlu says there is a wrong public perception about the virus, and it has actually claimed only two lives in Turkey. Speaking to reporters on Saturday regarding the latest reports of deaths in Istanbul, he linked the deaths to existing, chronic diseases in patients, the majority of whom are elderly citizens, and said the virus only worsened their health conditions. "People shouldn't panic. The number of deaths solely due to swine flu is only two. Other patients diagnosed with H1N1 virus infection were already suffering from severe diseases, such as kidney failure and cardiovascular diseases, and were over the age of 65," he said. The minister also dismissed reports of a vaccine shortage in the face of a pandemic, and said they had sufficient vaccines for all patients, adding that the virus cannot be eliminated merely with vaccines. "Vaccination is only a complementary treatment. We cannot completely eliminate the virus because we have a common vaccination for all strains of influenza, and those strains evolve every year, developing immunity to vaccines. Thus we can only offer vaccines as a complementary measure," Müezzinoğlu said. Swine flu was first reported in Turkey in 2009. Initially a strain of flu transmitted to humans from pigs, it mutated into a virus that can be transmitted between humans. Its main symptoms are fever, cough, a sore throat and joint pains. The virus claimed 30 lives last year. It is an airborne virus that spreads through coughing and sneezing, and doctors warn the public to wash their hands frequently and stay away from suspected patients. The virus is usually lethal among pregnant mothers and infants, although it can also affect those with existing chronic illnesses and a weak immune system. Professor Kadriye Altok, chief physician of a university hospital in the capital Ankara, urges people with less severe cases of influenza not to rush to emergency rooms. "It might be a risk for them, and they can be infected with a more serious strain of virus, that is, swine flu," she told Ihlas News Agency. She says that along with the elderly, children are more vulnerable to the virus, and parents should be extra cautious, especially regarding children's hand hygiene, the lack of which contributes to likelihood of virus infection.
Last Update: Jan 10, 2016 3:58 pm
RELATED TOPICS