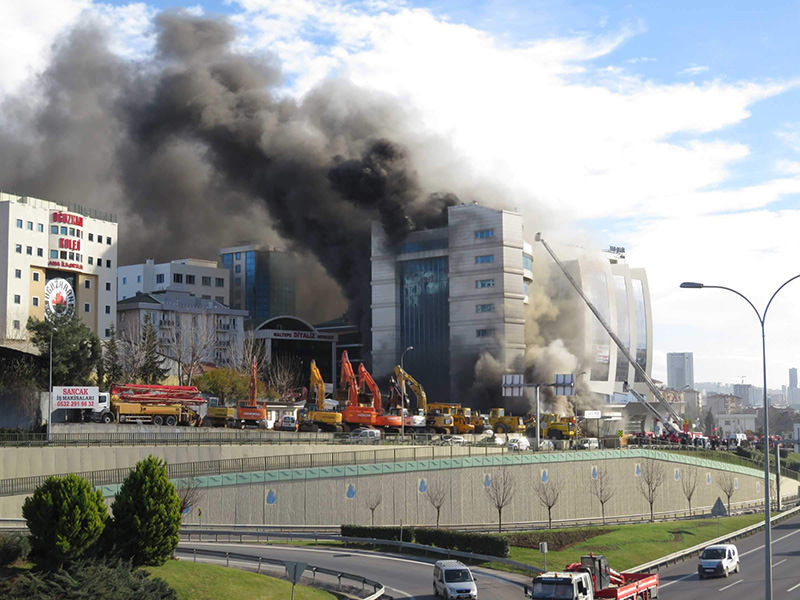 by daily sabah
Jan 12, 2016 12:00 am
A fire broke out in a 12-story hotel under construction in Gülsuyu neighborhood of Istanbul's Maltepe district on Tuesday.

First reports suggested that 18 workers were trapped inside the hotel when the fire broke out. But, Maltepe Mayor Ali Kılıç later announced from his Twitter account that all the people were eventually rescued from the building, and the fire was almost under control.

Four workers who were affected by smoke were sent to nearby hospitals. Their state of health was said to be good.