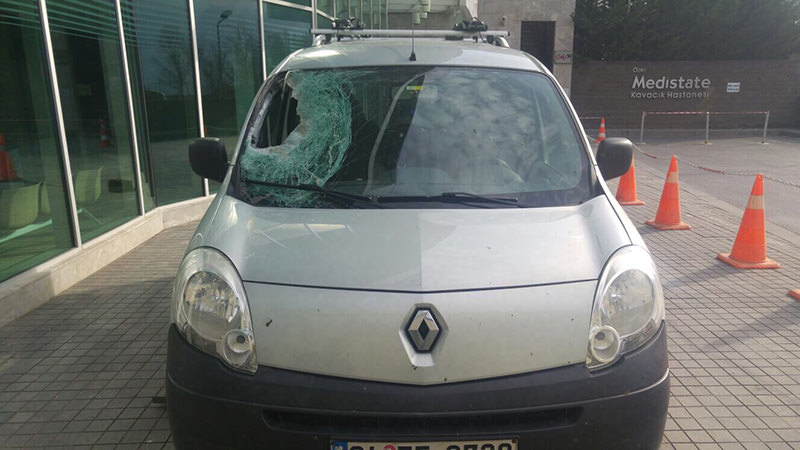 by daily sabah Jan 12, 2016 12:00 am
A pregnant woman sitting in the passenger's seat died as a piece of concrete barrier broke off and smashed through the windshield after another car was involved in an accident on the TEM highway linking to Istanbul's Fatih Sultan Mehmet Bridge on Monday.

The accident took place as a car heading in the opposite direction lost control and hit concrete and steel barriers after hitting two other vehicles. The car turned upside down and three people were wounded.

At the same time, Hülya Erşah Gencer, a 40-year old physiotherapist, was sitting in the passenger's seat with her husband Mehmet Ümit Gencer driving the car on the left lane in the opposite direction.

A piece of concrete, approximately 15 kilograms, broke off from the other side of the road and smashed through the windshield, hitting Gencer in the head.

The man, seeing his wife is wounded, did not stop the car and rushed to a hospital in the Kavacık district; however, the 40-year old woman and her seven-month old unborn baby could not be saved despite all efforts.

A funeral ceremony was held for the woman in the hospital where she was working on Tuesday.
Last Update: Jan 12, 2016 12:38 pm
RELATED TOPICS