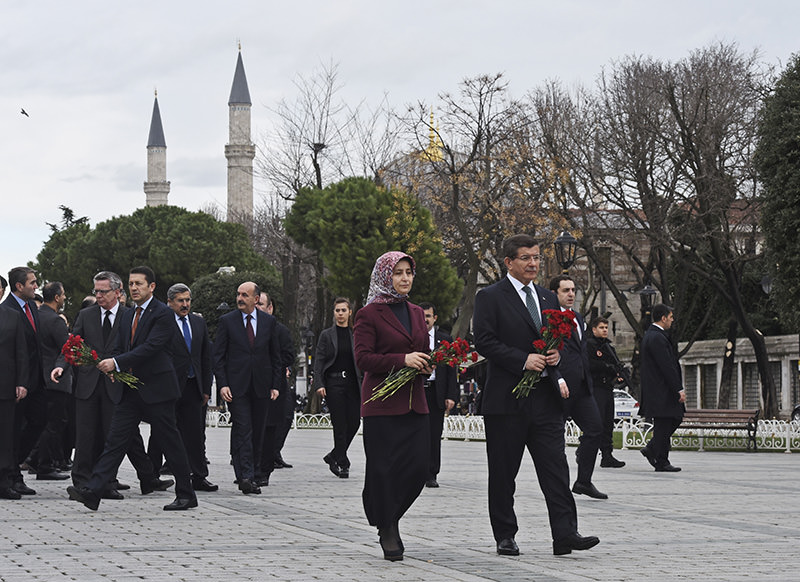 Ahmet Davutou011flu, right, accompanied by his wife Sare, visit the site of Tuesday's explosion, in Sultanahmet district of Istanbul, Jan 13, 2016 (AP)
by daily sabah Jan 13, 2016 12:00 am
Prime Minister Ahmet Davutoğlu visited the scene of the deadly suicide attack in Istanbul on Wednesday afternoon and left carnations to honor the dead. 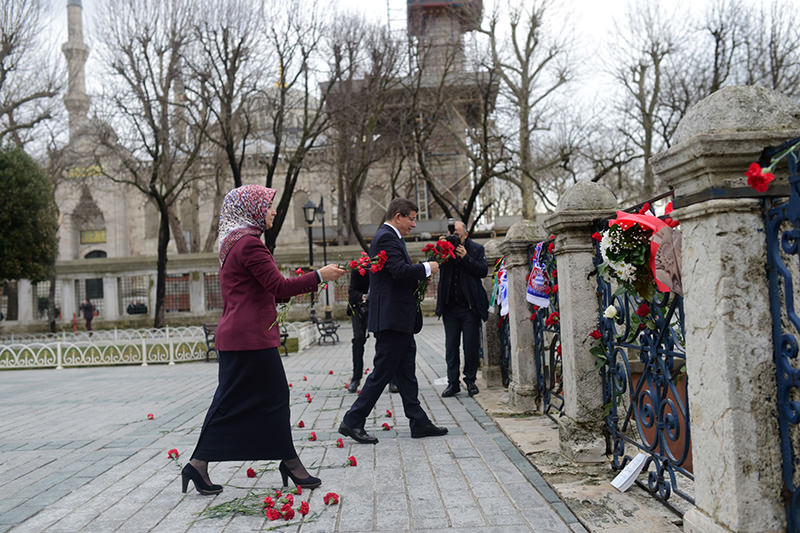 Davutoğlu flew to Istanbul from the capital Ankara on Wednesday. His first stop after the airport was the Istanbul Training and Research Hospital located at Samatya neighborhood of the Fatih district, near the blast site.

Together with the German Interior Minister Thomas de Maiziere, the primer minister visited those injured in the deadly attack, which killed 10 and injured 15. 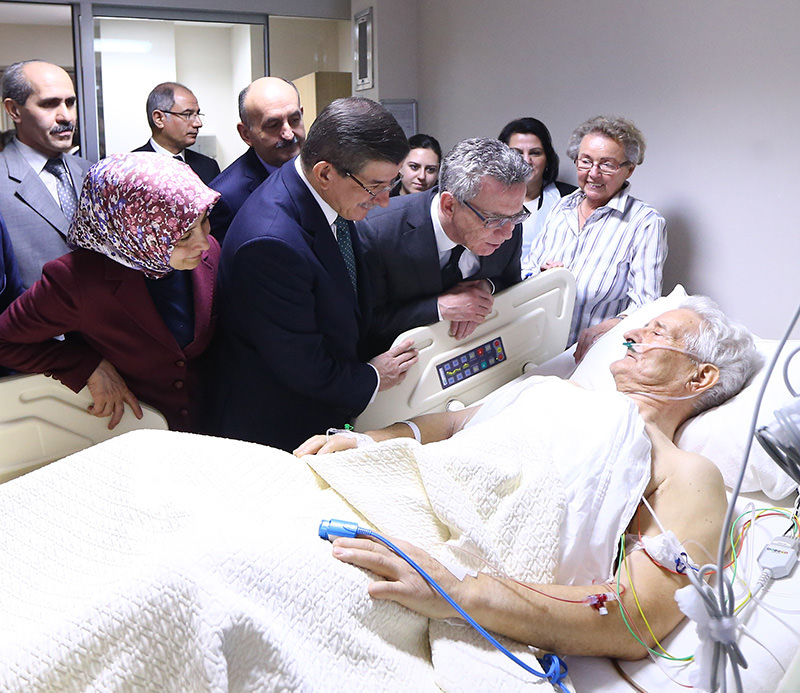 After the hospital visit, Davutoğlu left for the city's Sultanahmet Square where the blast occurred.