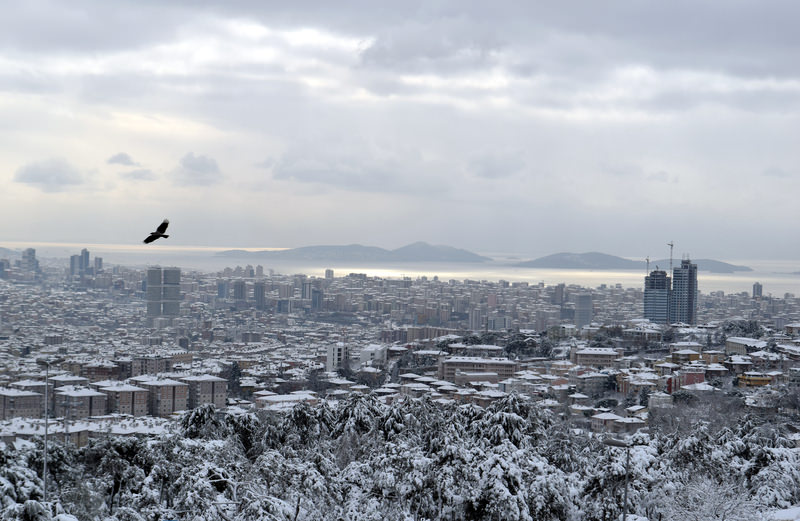 by daily sabah
Jan 21, 2016 12:00 am
The Turkish State Meteorological Service (TSMS) warned that another round of heavy snowfall is expected to hit Istanbul and Turkey's other northwestern parts, which will begin on Friday and continue until Tuesday.


Forecasters warned that the heavy snowfall will also affect east Marmara and western Black Sea regions as about 20-60 cm of snow would blanket some areas in Sakarya, Kocaeli, Düzce, Zonguldak, Bartın, Karabük and Kastamonu provinces.