Turkey to freeze over the weekend 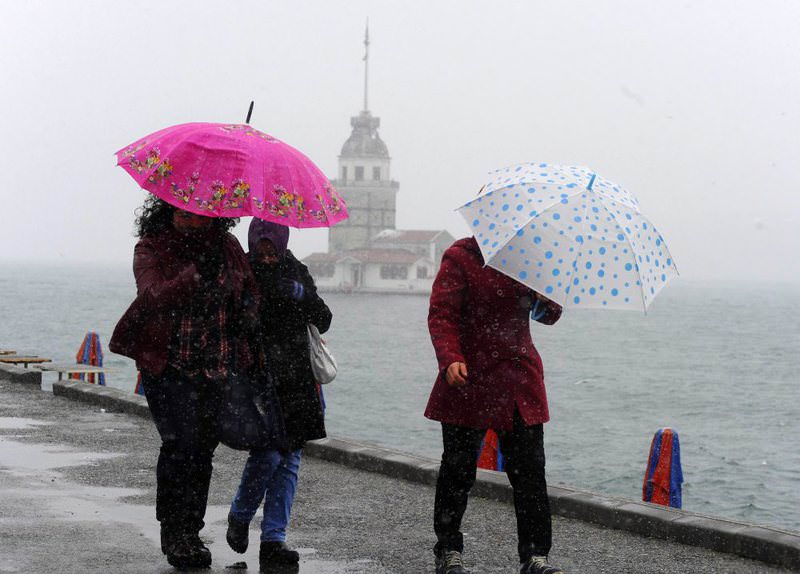 by daily sabah
Jan 23, 2016 12:00 am
Istanbul's emergency center AKOM's meteorology department said yesterday in a statement that temperatures would further plummet over the weekend, with blizzards expected to blanket much of the country. While temperatures are expected to fall below minus 15 degrees Celsius in central Anatolia and the east, the coastal areas in the Black Sea and northwestern regions will see temperatures falling below minus 3 degrees Celsius.

Temperatures well below seasonal averages will last until mid-next week, said the department. The north and east of the country will continue to face heavy snowfall, with officials warning the public to beware of avalanches and icy roads. Farmers are also warned against the possible freezing of their crops.

Forecasts for Istanbul expect the snowfall that began yesterday morning to continue throughout the weekend and Monday, with snow thickness to vary between 5 to 25 centimeters depending on the region.

AKOM warned parents going on holidays after the beginning of the mid-term recess at primary and high schools about the coming cold weather front. The Istanbul Metropolitan Municipality also released a statement about its preparations. It said 5,450 personnel and 1,114 municipal vehicles are working around the clock to keep the 4,000 kilometers of Istanbul's roads safe and open.

Meanwhile, Turkish Airlines, AtlasJet and OnurAir announced cancelations for 81 domestic and international flights from and to Istanbul's Atatürk and Sabiha Gökçen airports on late Thursday. More cancelations are expected as the snowfall intensifies.

Ferries and other forms of public transportation are expected to be intermittently suspended over the weekend. On Friday, a passenger ship traveling from Balıkesir's Bandırma port to Istanbul's Bostancı was forced to return back due to high waves caused by winds with a speed approaching 40 kilometers per hour. The following passenger ship between Bandırma and Bostancı was canceled.

Temperatures in Istanbul are expected to return to seasonal averages beginning on Tuesday.