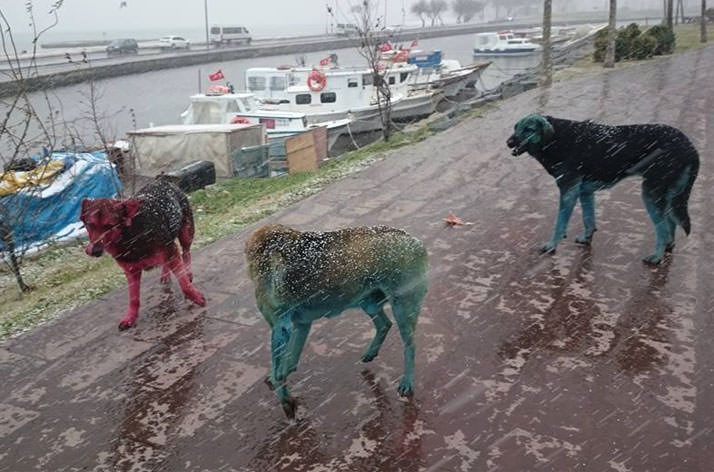 by daily sabah Jan 24, 2016 12:00 am
Many dogs were found in Istanbul's Küçükçekmece district Saturday covered with different colors of spray paint, according to Turkish media outlets.

There is yet no information as to who abused the dogs in such a way, or why this was undertaken.

An animal rights activist reportedly called out for help to look after the animals and told reporters that it was "probably" boat owners in the region who undertook such action since they were "tipsy".
Last Update: Jan 26, 2016 4:13 pm
RELATED TOPICS