It turns out spray painted dogs in Istanbul actually ‘painted themselves’ 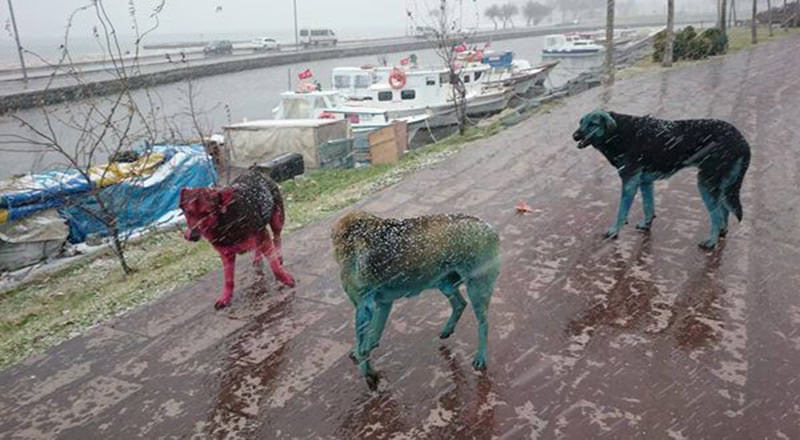 by daily sabah
Jan 27, 2016 12:00 am
Authorities said three dogs found entirely covered in spray paint last week were actually covered in paint they rollicked in at an abandoned factory in Istanbul.

After the incident went public, sanitation workers employed by the municipality were sent to the factory to clean the paint.

An image of the three dogs in the city's Küçükçekmece district had caused outrage on Saturday and locals had been blamed for painting the dogs.

The Turkish media outlets had reported that unidentified people had abused the dogs in such a way.

An animal rights activist had reportedly called out for help to look after the animals and told reporters that it was "probably" boat owners in the region who undertook such action since they were "tipsy".
Last Update: Jan 27, 2016 6:04 pm