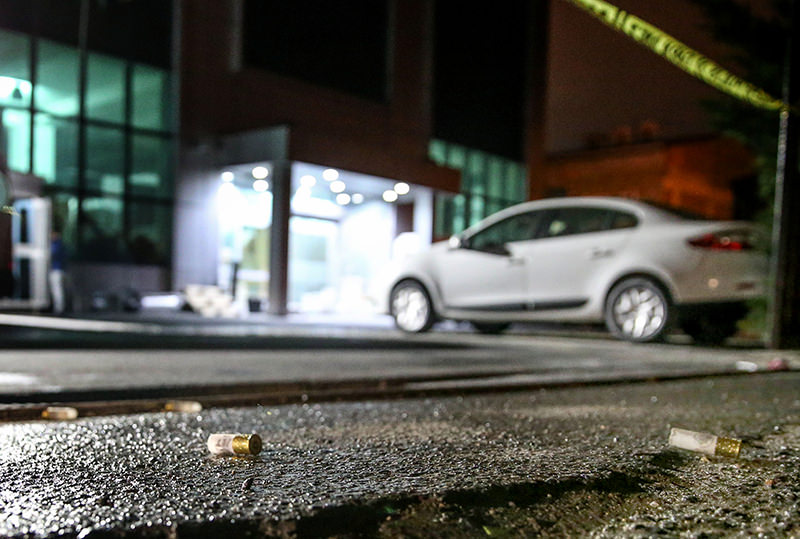 The source, speaking on condition of anonymity due to restrictions on talking to the media, said anti-terror police had identified the attackers as members of the United Freedom Forces, a group reportedly formed in December 2014 by Turkish far-left groups fighting in Syria.

The source said the group, based in Kobani, Syria, cooperates with the Syrian Kurdish Democratic Union Party (PYD) and Turkey's Marxist-Leninist Communist Party (MLKP). Both groups are considered terror organizations by Turkey.

The Istanbul offices of the Yeni Şafak and Yeni Akit newspapers were simultaneously attacked in the early hours of Thursday morning by masked assailants who threw Molotov cocktails and fired pump-action shotguns.

There were no casualties in either attack.

Istanbul police's Anti-Terrorism and Intelligence Branch identified the suspects through security camera footage in the areas surrounding the newspapers' offices and are working to identify others who took part, the source said.

Yeni Şafak and Yeni Akit openly support the government's anti-terror operations against the PKK as well as other terrorist organizations. Star, another newspaper supportive of anti-terror efforts, was the target of a bomb attack last year. Suspects linked to the Marxist-Leninist Communist Party (MLKP) planted an explosive device in the courtyard of the newspaper's headquarters in July 2015, but police managed to defuse the bomb before it went off.