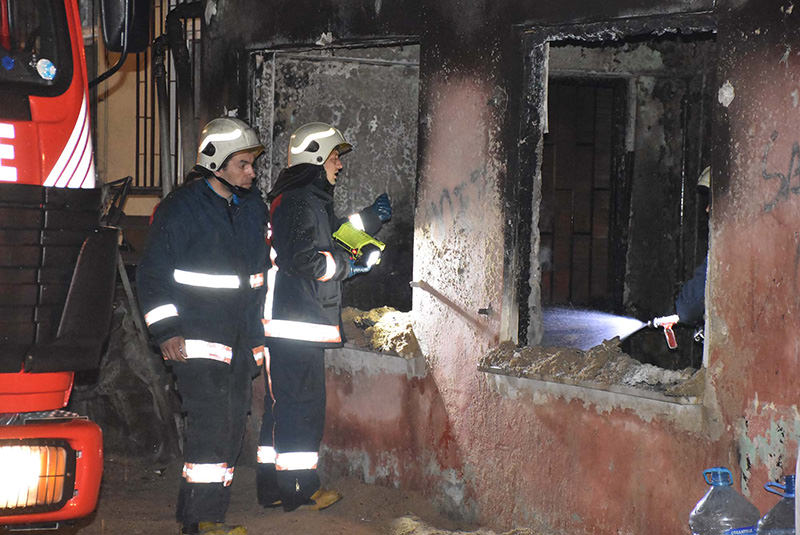 | DHA photo
by Anadolu Agency Feb 12, 2016 12:00 am
Two Syrian children have lost their lives in an Istanbul house fire.

The pair died early Friday after a blaze broke out in their apartment building in the city's Zeytinburnu district, police said.

The fire has been blamed on an electric heater and began at around 4:00 a.m. (2:00 GMT) at the five-story building where Muhammed Weysi and his family lived in the first floor, Istanbul fire department said.

Firefighters and medical teams were sent to the scene after local people raised the alarm.

Weysi managed to rescue his wife Muntua and one daughter as well as one son but became injured as he tried to re-enter the burning property to rescue his two remaining children, an Anadolu Agency correspondent at the scene reported. 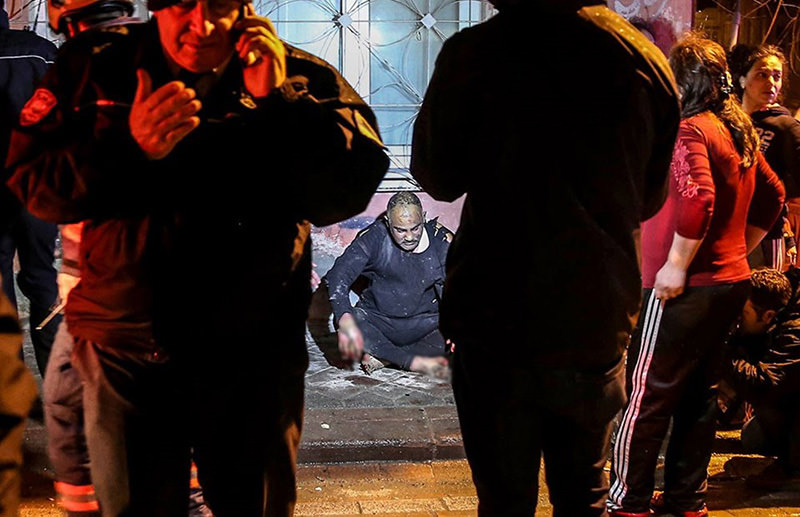 Weysi and his daughter were taken to Bağcılar Training and Research Hospital.

An investigation has been launched.