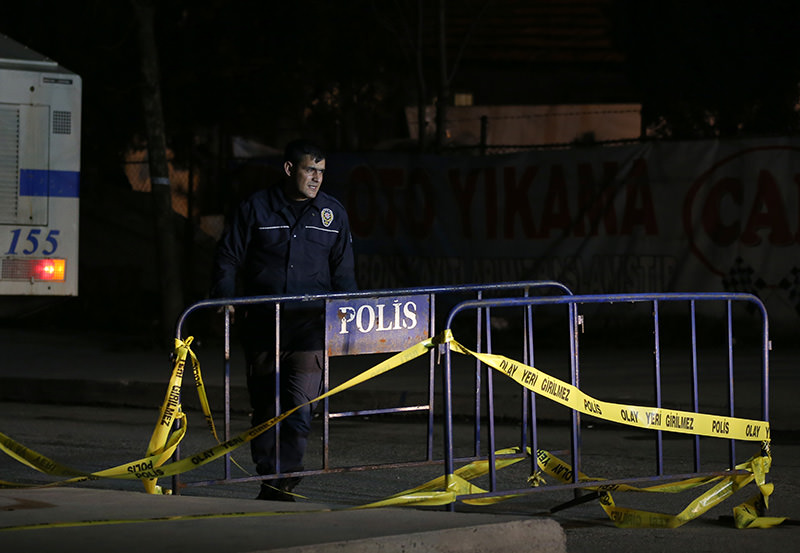 Istanbul's Sultangazi district (AA photo)
by Daily Sabah Feb 15, 2016 12:00 am
Turkish police arrested 59 people in Istanbul on Sunday over demonstrations marking the 17th anniversary of the capture of the imprisoned leader of the PKK terrorist organization, Abdullah Öcalan, who was detained in Kenya on Feb. 15, 1999 while traveling from the Greek Embassy to Nairobi International Airport.

PKK-supporters organized illegal protests throughout Istanbul on Sunday a day before the anniversary of Öcalan's capture, demanding his release. Five guns, two rifles, and over 100 Molotov cocktails and handmade explosives were seized during the protests.

Meanwhile, a group of protestors fired upon policemen in the Sultangazi district on the city's European side, slightly injuring one of the officers, the Istanbul police department said in a statement.

"We will continue to take every kind of precaution across the city to ensure the security of life and property of our people," the police department further added.
Last Update: Feb 15, 2016 10:52 am
RELATED TOPICS