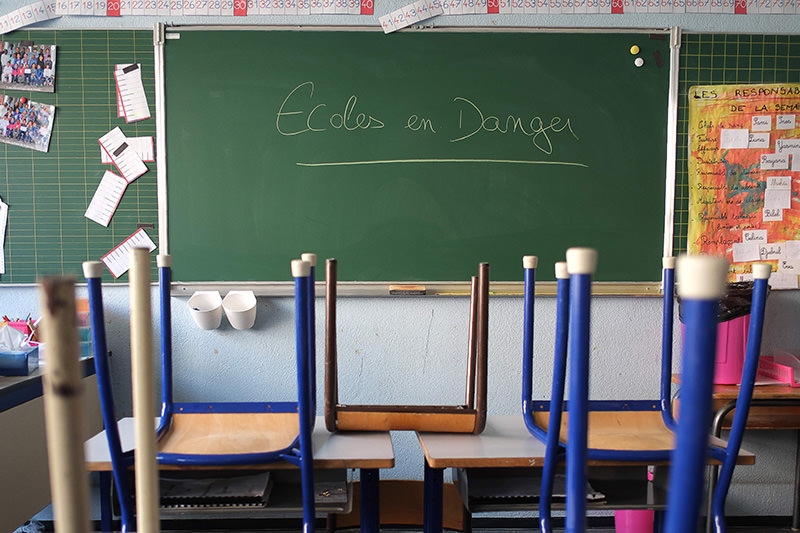 by Daily Sabah with AA Feb 16, 2016 12:00 am
Turkish and Arabic foreign language courses were banned in the central French town of Migennes, citing 'security' reasons.

The decision was taken by the city's Mayor François Boucher, who was elected from the center-right Union for a Popular Movement (UMP) that was later renamed The Republicans and is currently led by former president Nicolas Sarkozy.

Speaking to Anadolu Agency, Migennes Turkish Culture Association Deputy Chairman Faruk Bıyık said that Turkish and Arabic classes, which were being given in public schools as part of mother tongue and culture education courses (ELCO), were banned due to 'security and terror threats'.

Bıyık said that around 90 students were taking the classes. He added that he and his associates had asked the French Education Academy and provincial governorate about the mayor's practice to which they replied as such a practice never existed.

Despite not meeting with the teachers, Bıyık said that Mayor Boucher accused the teachers of Turkish and Arabic classes for not knowing French or that it was not clear where they had come from.

Bıyık said that the decision is unjust and they will put up a fight for the courses to be re-introduced.

The Turkish teacher was reported to be giving the classes in four different cities without problems -in addition to Migennes.

The courses under the scope of ELCO are being given to children of worker families who migrated from Algeria, Croatia, Italy, Morocco, Portugal, Serbia, Tunisia and Turkey according to bilateral agreements signed in 1977.
Last Update: Feb 16, 2016 8:15 pm
RELATED TOPICS